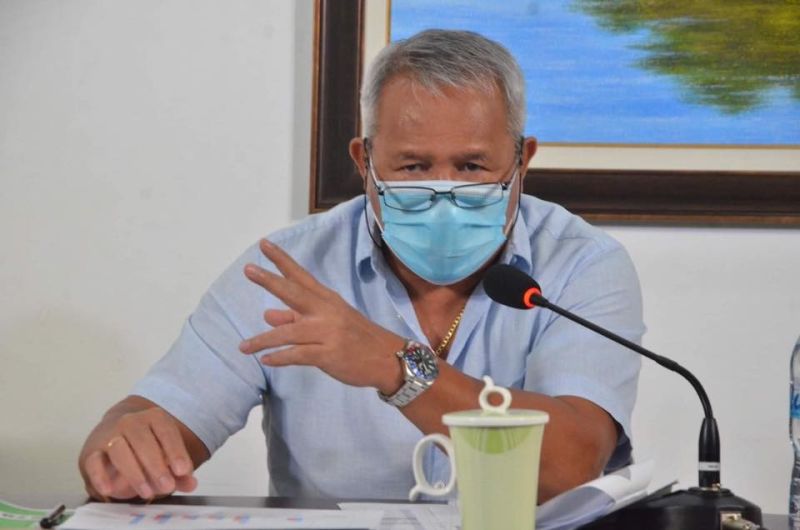 CAGAYAN DE ORO. Mayor Oscar Moreno on Tuesday, September 15, said the City Government will file criminal and administrative charges against a jail officer who allegedly threatened the medical personnel assigned at one of the city's holding areas. (Photo by City Information Office)

CAGAYAN de Oro City Mayor Oscar Moreno said Tuesday, September 15, that the City Government will file criminal and administrative charges against an officer of the Bureau of Jail Management and Penology (BJMP) who allegedly threatened the medical personnel assigned at one of the city's holding areas.

Moreno said the Cagayan de Oro City Police and the City Legal Office will look into the case and affidavits will be required from the harassed medical personnel.

"We cannot allow that to pass nga walay corresponding sanctions. That was obviously an abuse of power and we cannot tolerate that," Moreno said.

On September 10, a BJMP officer allegedly brandished a gun at the medical personnel assigned at the holding area after showing impatience over the delays in testing.

City Health Officer Dr. Lorraine Nery, for her part, said there were delays in the filing of the report since they advised the personnel to undergo disinfection first.

Nery added that she was scheduled to meet with the medical personnel in the afternoon of September 15 to listen to their concerns.

She added that she already talked to the city police on the possibility of providing security to their staff assigned at the city's holding areas.