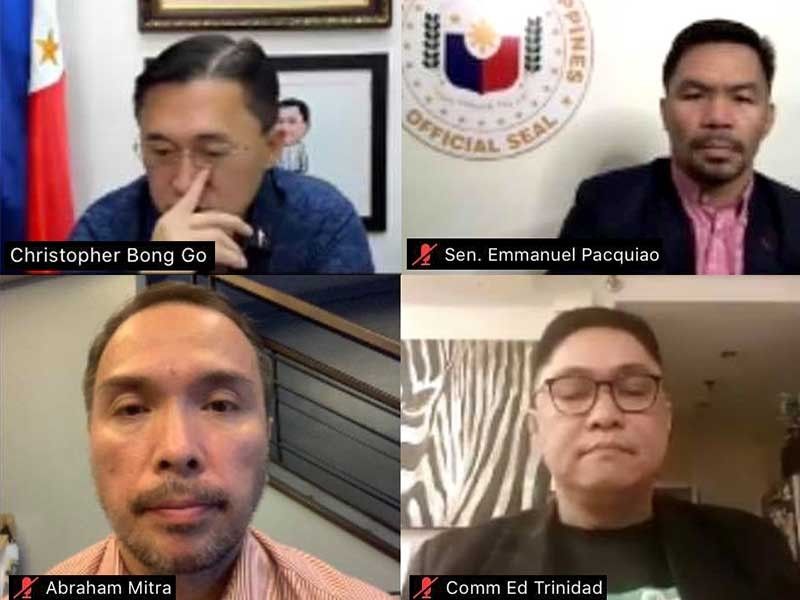 SENATOR Emmanuel "Manny" Pacquiao's Senate Bill creating a Philippine Boxing and other Combat Sports Commission (PBC) and providing funds therefore might lead to the duplication or excess of existing office and functions of the Games and Amusement Board (GAB).

In a position paper submitted by the GAB to the Senate Committee on Sports, chaired by Senator Bong Go, it reiterated that the creation of a new government agency will lead to duplication of this agency, which is tasked to regulate and supervise professional boxing and other combat sports in the country since 1950.

During the Senate hearing, via Zoom online teleconferencing, presided by Go, GAB also mentioned in the paper that the creation of PBC in this time of crisis would entail unnecessary expenditures on the part of the government as the bills will require P150 million appropriation in order to build new offices, hire new employees, buy office equipment and supplies, among others.

"While we support the Honorable Senator's desire to assist our boxers and combat sports professional athletes, this initiative to create an additional government agency may not be a good move as we are facing a pandemic and all government resources and efforts are geared towards that," said GAB Chairman Abraham Khalil Mitra.

"We feel that we have already improved our services and applied the many good advice given by the good senator. In 2017, GAB received an award from the World Boxing Council (WBC), a world-leading sanctioning boxing body, as the 'Best Boxing Commission'. Last week, GAB received one of the highest ratings from the Commission on Audit," Mitra added.

Commissioner Eduard Trinidad also stressed that "we recognize the intention of Senator Pacquiao to help our boxers. However, may we suggest the appointment of another GAB Commissioner whose functions will be focused on boxing and other combat sports instead of creating a new government agency."