US envoy accuses China of insincerity toward Southeast Asia 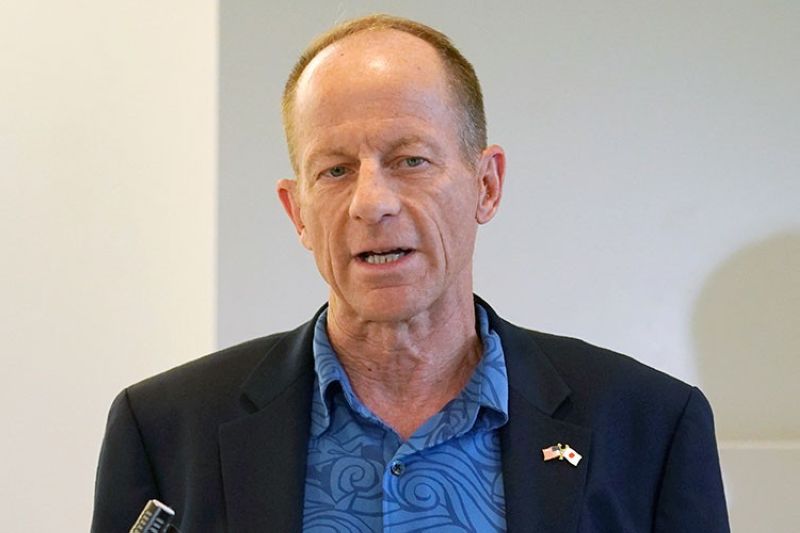 JAPAN. In this July 11, 2019, file photo, US Assistant Secretary of State for East Asian and Pacific Affairs David Stilwell speaks to media as he arrives at the Narita International Airport in Narita, north of Tokyo. (AP)

A US official accused China on Tuesday, September 15, of bullying and insincerity in its dealings with Southeast Asian nations, but said Washington isn't forcing the region to choose sides between the two world powers.

US Assistant Secretary of State David Stilwell emphasized American resolve in maintaining its presence in the region and preventing “unwelcomed and certainly unhelpful military adventurism,” including in the disputed South China Sea.

The comments in an online news conference were the latest display of the Trump administration’s tough rhetoric toward China. Last week, US and Chinese officials squared off in annual meetings of foreign ministers from the Association of Southeast Asian Nations.

Stilwell pointed to Chinese actions toward countries with rival territorial claims in the South China Sea, suppression of pro-democracy groups in Hong Kong and operation of dams that threaten the water supply for downstream nations along the Mekong river.

Washington is also concerned about “persistent reports of Chinese weapons ending up in the hands of various armed groups in Myanmar,” he said, without elaborating. Myanmar, which is fighting several insurgent minority groups, has close ties with Beijing.

He said Chinese insincerity is best illustrated in its aggressive behavior in the South China Sea, where it has turned disputed reefs into weaponized artificial island outposts despite a commitment not to militarize the region.

The US regards China’s vast maritime claims in the strategic waterway as “unlawful,” Stilwell said, but stressed that the long-simmering disputes should be resolved peacefully and through dialogue.

Stilwell said Beijing's control of dams along the upper Mekong River has “harmed the livelihood of tens of millions of people in Southeast Asian communities up and down the Mekong region basin.” Washington has encouraged the affected countries — Thailand, Vietnam, Cambodia, Myanmar and Laos — to hold China accountable, he said.

The five countries belong to the 10-nation Asean, which has often been caught in the US-China regional rivalry. Four member states — Vietnam, the Philippines, Brunei and Malaysia — are locked in territorial disputes with China in the South China Sea.

“We often hear from our Asean friends and others this desire to 'don’t make us choose,’ Stilwell said, stressing that the US is not forcing countries to

take sides between it and China.

If China “brings stability and it brings positive outcomes and it respects sovereignty of Asean partners ... then we have no objection,” Stilwell said. But he said China’s “track record is not good.”

Chinese Foreign Minister Wang Yi lashed back at the US in last week’s Asean meetings, saying Washington was the “biggest driver of militarization” and the “most dangerous factor damaging peace” in the region.

The US deployed military aircraft in nearly 3,000 sorties and more than 60 warships in the disputed region in the first half of the year, Wang said.

He accused the US of driving a wedge between China and rival South China Sea claimant states and of undercutting Chinese attempts to resolve disputes through Asean. (AP)