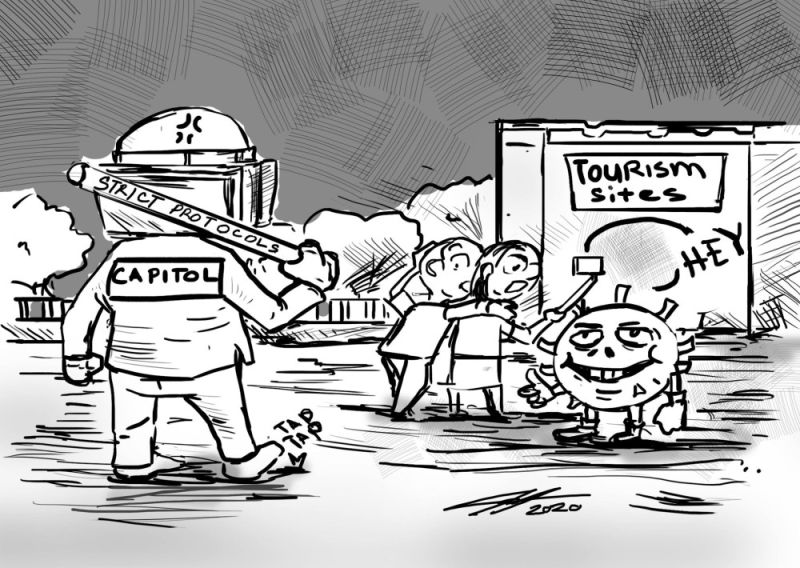 CEBU Governor Gwendolyn Garcia is right. Since March, Cebu City has always been the weakest link, recalling a decision by a former health officer who came up with a poorly crafted memorandum that allowed arriving passengers in the city to take public transport. In contrast, the cities of Mandaue and Lapu-Lapu came up with stricter protocols, sieving passengers whose residences didn’t allow sufficient isolation to stay in facilities.

In the months following March, Cebu City persistently stood by its public perception of being the weakest link in the fight against Covid-19 transmission. One bad call after the next, and there were all the soaring figures to show for it.

The Capitol is set to bar Cebu City residents from visiting tourism sites in Cebu Province. It has all the power to do so despite the fact that the whole island is now under modified general community quarantine (MGCQ).

The governor will confer with the mayors, who are just as wary as anyone else in welcoming Cebu City residents in their respective towns.

A member of the Cebu Medical Society has expressed worry on a possible increase in the number of cases in the Province if a bulk of the populace continues to ignore the health protocols.

The governor, however, protested, saying the count is still relatively low in the context of population. The Province’s record may appear higher than if compared to other provinces in Central Visayas, but it should be recalled that Cebu Province has a population of three million.

The Provincial Health Office data show that the province’s number of active cases had gone down from 1,011 in August to 505 in mid-September. Recoveries rose to 4,137 as of last count.

However, there are still 42 LGUs that have active infections, and only eight have none.

The governor explained that only 20 percent of the 300 Covid-19 dedicated beds are occupied.

The assurance may be temporary relief, but the better call is that the Province is set to put in place stricter protocols for Cebu City residents in tourism sites. It’s a wiser resolve, at least while Cebu is trying to stifle any possible surge.