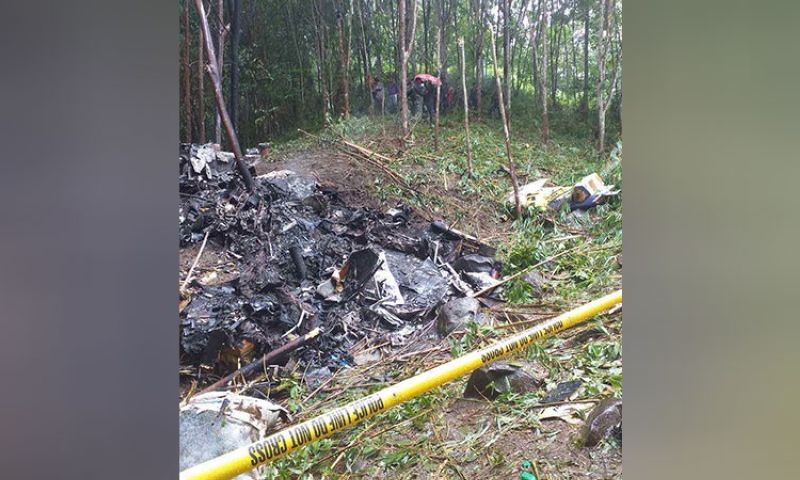 FOUR persons -- two pilots and two crewmen -- were killed after a rescue helicopter crashed Wednesday, September 16, 2020, in Basilan province amid the inclement weather condition being experienced in the country.

Abdurakman said the helicopter was on a medical evacuation mission as it was en route to pick up a patient in Jolo, Sulu to be taken to Camp Navarro General Hospital in Zamboanga City when it crashed.

He said the ill-fated helicopter departed around 12:33 p.m. at Colonel Edwin Andrew Air Base (EAAB), which houses the headquarters of the TOW-Westmin in Zamboanga City.

Abdurakman did not release the identities of the fatalities, but said two of them were male pilots and two were male crewmen.

One of the victims, however, was later identified as Airman 2nd Class Benedicto Leal Jr. of the Philippine Air Force.

Abdurakman said the cause of the crash has yet to be determined and an investigation is underway. (SunStar Zamboanga/Third Anne Peralta-Malonzo/SunStar Philippines)