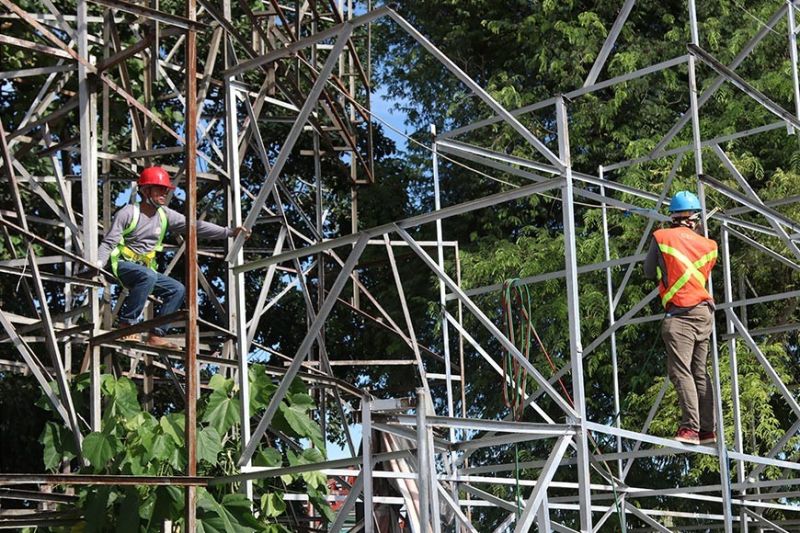 DAVAO City officials are eyeing to regulate the sizes of billboards that will be mounted in the city.

Mayor Sara Duterte-Carpio said the City Council, through the Committee on Peace and Public Safety headed by Councilor Mabel Acosta, is now working on an amendment in some of the city's ordinance with regards to the construction and regulation of billboards in the city.

The mayor said there is a need to set a standard size and height for billboard towers.

"Dili pwede na ang billboards magpadak-anay sila og nawong sa ilang model. Dapat ang billboards naa standard size (We cannot have it the traditional way where billboards compete in sizes. There has to be a standard size for it)," Duterte-Carpio said in an interview on Friday, September 11, via 87.5 FM Davao City Disaster Radio.

The mayor said Acosta's committee will be in constant dialogue with the different billboard owners in amending the Signage Ordinance of Davao City, which was enacted in 2000.

The ordinance had resulted in the enforcement of the demolition of billboard structures along Bankerohan, Sandawa Road, and Bolton Bridge on September 9 after the ordinance provision prohibited obstruction of the view of Mt. Apo and the Island Garden City of Samal (Igacos) by billboards.

Duterte-Carpio said there is a need to incorporate in the amendment the regulations of new types of billboards and other signages.

Office of the Building Official (Ocbo) head Cirinia Grace Catubig told SunStar Davao that their office is also part of the amendment proceedings and is also lobbying for the regulation of the height and sizes of billboard structures.

"Kung magbutang ka og billboard, unta parehas og height even if naa kini sa taas nga building (If we would be mounting a billboard, it should be of equal height even if it is on the top of the building)," Catubag said.

While she said that the stand-alone billboard structures are under the jurisdiction of the City Engineer's Office, Ocbo, however, also issues permits on Free-Standing and Roof Mounted billboards.

Catubig said there is a need to regulate its height, especially those on top of buildings as it might pose a risk to not only on the building but also to nearby areas, in case of earthquakes and other calamities.

She said there is a need to revisit the city ordinance on billboards mounted on top buildings and harmonize it with the National Building Code of the Philippines.