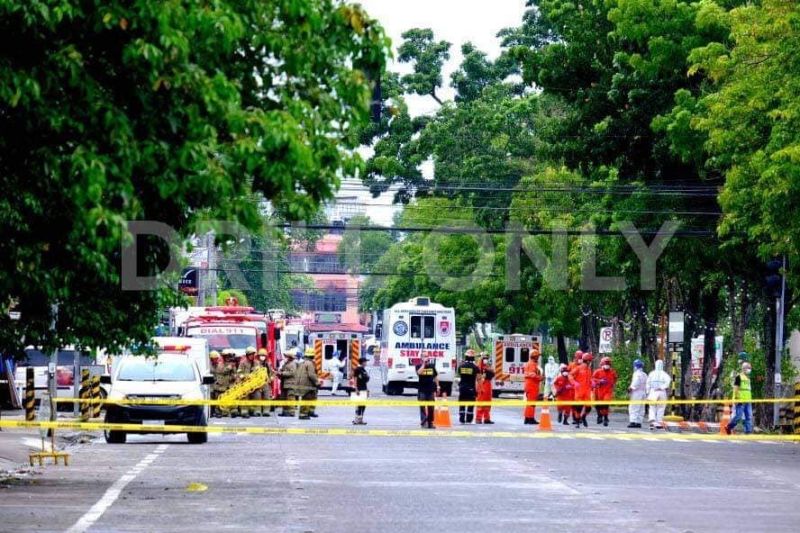 A BOMB drill conducted by law enforcement agencies in Davao City along Roxas Avenue on Wednesday morning, September 16, has caused heavy traffic in some portions of the city.

In an advisory of the Davao City Government posted on its Facebook page, it stated that the simulation exercise for an improvised explosive device (IED) blast was aimed at testing the preparedness of the responders and law enforcement units in Davao City.

Public Safety and Security Command Center (PSSCC) head Angel Sumagaysay told SunStar Davao on the same day that the activity was supposed to be scheduled on an earlier date, but was put on hold when the city was placed under enhanced community quarantine (ECQ).

Sumagaysay said the activity has been a practice of the city and that it had the approval of Mayor Sara Duterte-Carpio.

"Matagal rin tayong hindi nakapag-drill (We haven't conducted a drill for a long time). Through this activity, tingnan natin ang (let us observe the) measure of the members of the security cluster and interoperability of different units in responding to the incidents," he said in a phone interview.

Sumagaysay said health measures were also observed during the simulation, including the two-meter physical distancing.

A total of 450 personnel from different security and auxiliary units participated in the drill, including the Task Force Davao, Davao City Police Office, Philippine Navy, Philippine Coast Guard, and Central 911, he said.

For this year, he said the Southern Philippines Medical Center (SPMC) also participated in the drill to observe how victims will be attended to and transported away from the blast site.

He said the drill would further prepare security personnel for all eventualities since terrorist activities are still likely to happen even if the country is under a state of public health emergency.

The simulation activity, however, caused some heavy traffic in some parts of the city. Some netizens also aired their frustration on social media.

Sumagaysay said they coordinated with the City Transport and Traffic Management Office (CTTMO) to regulate the traffic and designate alternative routes for the motorists prior to the activity.

He, however, apologized for the inconvenience it had caused, although he said they are also asking the public's understanding as to why they had to do it in an unannounced manner.