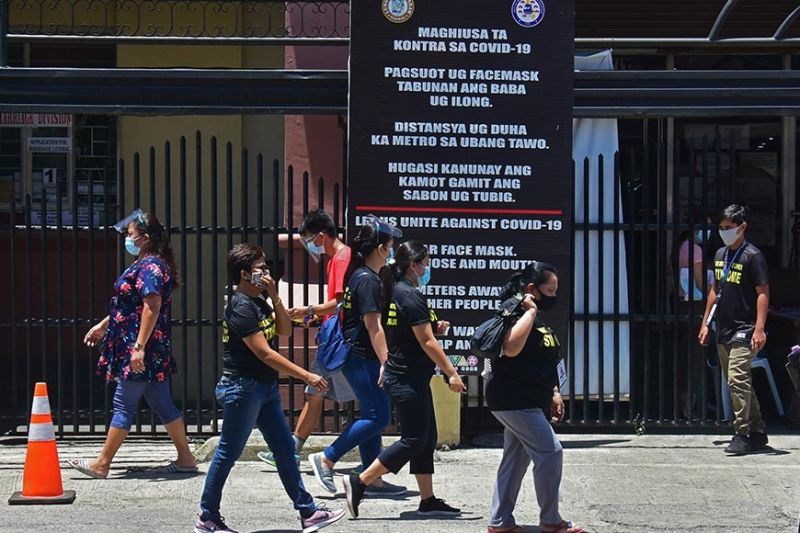 DESPITE the increasing coronavirus infections in Davao, a Department of Health (DOH) official said the region is currently faring better, as it is no longer included in the top 10 areas in the country with a high number of active Covid-19 cases and new cases.

DOH-Davao Assistant Director Lenny Joy Rivera said in a virtual presser that based on the September 15 Covid-19 national bulletin, the region is no longer part of the top 10 areas in the country with active and new cases.

Based on DOH national's data, Davao was also not among the top 10 on September 14.

"Nakikita natin na nagleless talaga tayo unlike before na nabebelong tayo sa top 10 (We can see that we are recording less compared before when we are still among the top 10). It means, we are lessening the number," Rivera said in a One Davao on Covid-19 virtual presser on Wednesday, September 16.

The DOH official cited the public's compliance with the minimum health standard, such as wearing of face mask and face shield in public places, observance of two meter physical distancing, and frequent handwashing.

But still, she said it is no reason for anyone to be complacent as there is still an increase of local transmission.

Based on her data, a total of 197 individuals were infected due to local transmission in May, while 115 were recorded in June.

Meanwhile, from September 1 to 15, a total of 194 cases of local transmissions were already recorded.

Rivera said despite the decreasing number of active and new cases and the easing of restrictions, it does not mean Covid-19 transmission has been controlled. Unless there is a vaccine, it is still premature to assess that the transmission has decreased.

"Easing the quarantine protocol will not tell us na wala na pong infection sa ating surrounding," she said, emphasizing that there are a lot of considerations in easing some of the quarantine restrictions.

Strict implementation and compliance to the minimum health standards must be observed, the DOH official said.