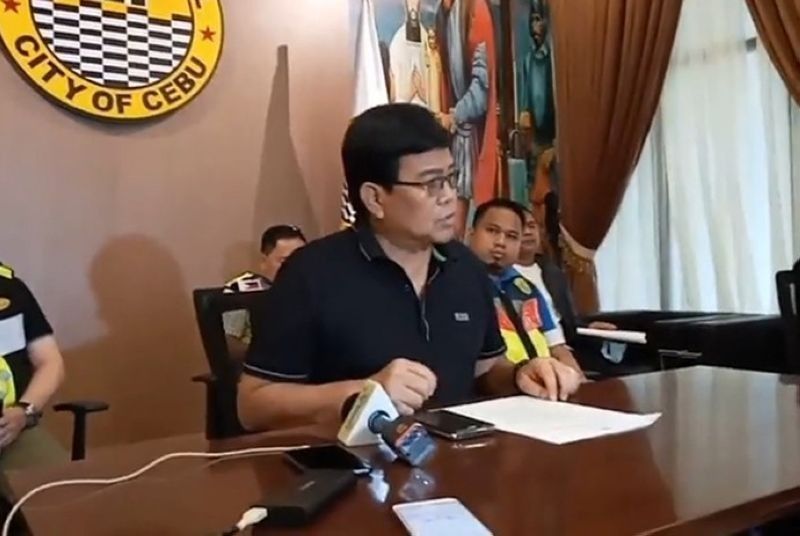 The local executive fears the city will see a new spike of coronavirus infections if the one-meter social distancing requirement is shortened to 0.75 meter in public transport units.

Labella said public health is still at risk as there is neither vaccine nor drug for the coronavirus disease 2019 yet.

Cebu City and the rest of Cebu’s local government units are under the less restrictive modified general community quarantine (MGCQ) status from Sept. 1 to 30.

As to the medical experts, they said increasing public transport capacity will build back the country’s economy.

The Department of Transportation (DOTr) proposed to reduce the required physical distance between passengers inside public transport units to 0.75 or 3/4 meter from the current one meter to increase ridership. This was approved by the Inter-Agency Task Force (IATF) for the Management of Emerging Infectious Diseases.

The new DOTr policy was supposed to be implemented on Monday, Sept. 14; it got derailed after the President’s Cabinet officials were divided on the matter—a group of economic advisers supported the move while Department of the Interior and Local Government Secretary Eduardo Año shared his doubts on the move.

According to the DOTr, once the 0.75 meter distance is implemented, it will be reduced further to 0.5 or 1/2 meter after two weeks and to 0.3 or 1/3 meter after another two weeks.

Cebu Gov. Gwendolyn Garcia on Tuesday, Sept. 15, praised the Transportation Department for coming up with the policy, saying it helps the commuters.

Labella, for his part, cannot risk his constituents’ health.

“With due respect to our leaders from (the) DOTr, here in Cebu City, we will continue the imposition of one meter distance because we can never take the risk (because) the virus is very much around,” Labella told reporters on Wednesday, Sept. 16, 2020.

A surge in Covid-19 cases could put the city at risk of losing its MGCQ status; it could revert to much stricter community quarantine classification.

This policy will also be implemented at the Cebu Provincial Government-run Cebu South Bus Terminal (CSBT), which he said is still under his jurisdiction as it is located on N. Bacalso Ave. in Cebu City.

As to the number of public utility vehicles in Cebu City, Labella said the Land Transportation Franchising and Regulatory Board 7 had assured that there are enough buses and modern jeepneys in the city streets.

Traditional jeepneys are now operating in all local government units in Central Visayas except in Cebu City and Mandaue City.

Labella said it will be known on Oct. 15 whether the LTFRB will decide to permit more public utility vehicles to operate in Cebu City.

The medical experts who backed the new DOTr policy include two former secretaries of the Department of Health—Dr. Manuel M. Dayrit and Dr. Esperanza Cabral.

Based on their review of the scientific literature and the policies and experiences of neighboring countries, they said physical distancing can be maintained below one meter, as long as what they call as the “seven commandments” are strictly implemented.

The seven commandments for public transportation, according to the group, are the following:

3. No talking and no eating;

6. No symptomatic passengers; and

The group said the combination of such measures “will be among the most comprehensive in the world, based on our consultation with international experts.”

The group, in a statement released on Sept. 15, said: “These seven commandments need to be strictly enforced and independently monitored in their implementation. By imposing these strict measures, we believe we can gradually relax social distancing rules, in order to double or even triple our current public transport capacity, without compromising public health.”

“We cannot build back the economy without increasing public transport capacity, which has been operating at only 20-30 percent of pre-pandemic levels due to understandable fears of outbreaks arising from congested public transport spaces,” the group said.

The group said it outlined its “seven commandments” to the IATF on Monday, Sept. 14, as part of its set of recommendations to aid the country in reviving the economy while adhering to comprehensive public health standards. (PAC / KAL & LMY / SunStar Philippines)