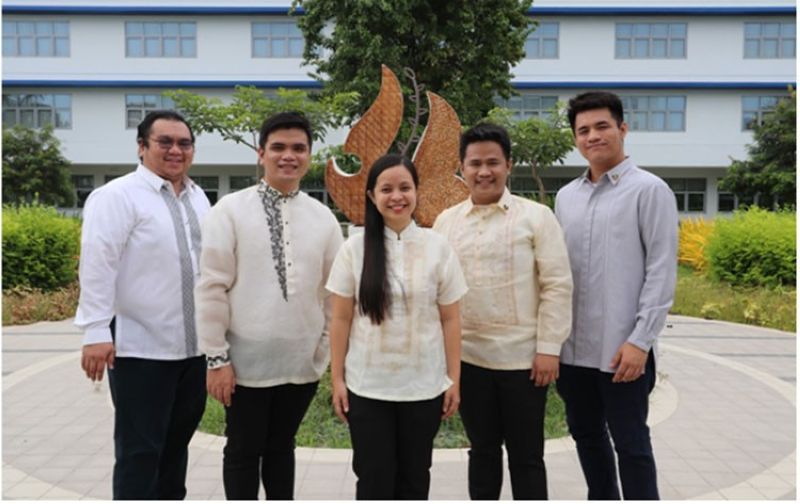 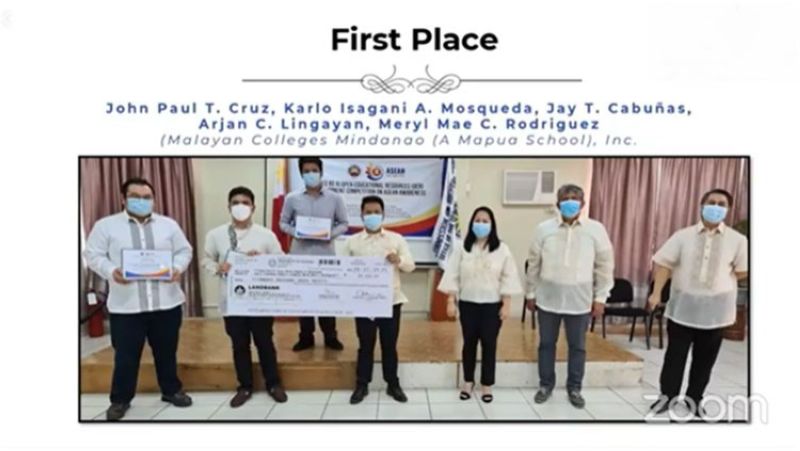 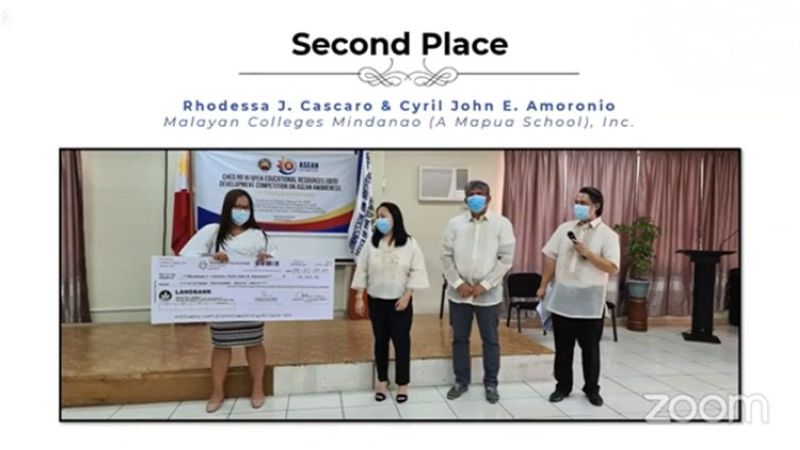 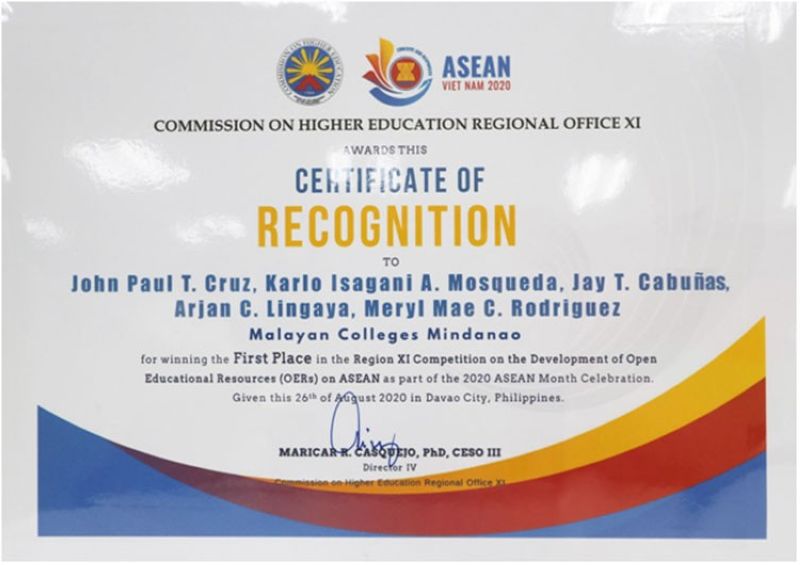 MINDANAO. The Certificate of Recognition given to the first and second place participants of the OER Development Competition, signed by Dr. Maricar R. Casquejo, director for Ched-Davao. (Contributed photo)

THE Commission on Higher Education (Ched)-Davao conducted a webinar via Zoom on August 28 and announced Malayan Colleges Mindanao (MCM), a Mapúa school, as the first and second prize winner for the Open Educational Resources (OERs) Development Competition.

The winners were announced and awarded by Dr. Cesar A. Adegue IV, Education Supervisor II of Ched-Davao during the webinar.

He mentioned how historical an occasion the event was as Davao is the first region to conduct a competition on the development of Open Educational Resources.

“Actually, the purpose is not just to hold a competition, but to steer into the hearts and minds of the thousands of faculty members by allowing them to see and hear and understand what OER is about,” he said.

Three finalists were chosen among 10 participating entries from six schools.

The Top 2 winning entries were from Malayan Colleges Mindanao.

Second place was awarded to Rhodessa J. Cascaro and Cyril John E. Amoronio from the College of Computer and Information Science, with the OER title “The Asean: Then and Now.”

The webinar was the 10th in a series released by Ched-Davao with the theme “Cohesive and Responsive Asean,” specifically focusing on Asean awareness, and featuring the winning entries of the OER Development Competition -- a competition launched on August 6 as part of the Asean Month Celebration to interested Higher Education Institution’s (HEI) faculty members and other academic teaching personnel to develop OER’s that shall include Asean-related topics in the pursuit of promoting knowledge about Asean to students and other interested individuals.

One of the first place winners from the College of Engineering and Architecture, Engr. John Paul T. Cruz, said that their main highlight for the topics on Asean was the Asean communities, as it embodies the contributions of the organization to the entire world and to its member states.

Rhodessa J. Cascaro, dean of the College of Computer and Information Science and second place winner who worked alongside one of the department’s students, Cyril John E. Amoronio, a third year Entertainment and Multimedia Computing student, said their OER was developed with a focus on highlighting the Asean 2020 Theme and the efforts of the organization in addressing the pandemic's repercussions.

They felt that it was crucial for them to mention the plans of the organization to unify the bloc amidst the challenges brought about by the pandemic.

Overall, the experience of developing such OERs as remarked by the participants was shocking and surreal but left them feeling grateful for the trust that the institution had put on them, and that this experience has helped them develop as better educators and administrators.

“This competition has helped me realize that apart from the technical skills in developing the OER, what’s important is the awareness. We don’t just teach our students with expertise, we also need to train them to become socially and civically relevant — that they may be able to share their prowess and skills for the people and the country,” Cascaro said.

On that note, Dr. Christopher Pio O. Pulido thanked all the winners and the HEIs for answering Ched's call for the submission of OERs -- Malayan Colleges Mindanao being among those with each academic department submitting an OER, amounting to four submissions from MCM in total. (PR)