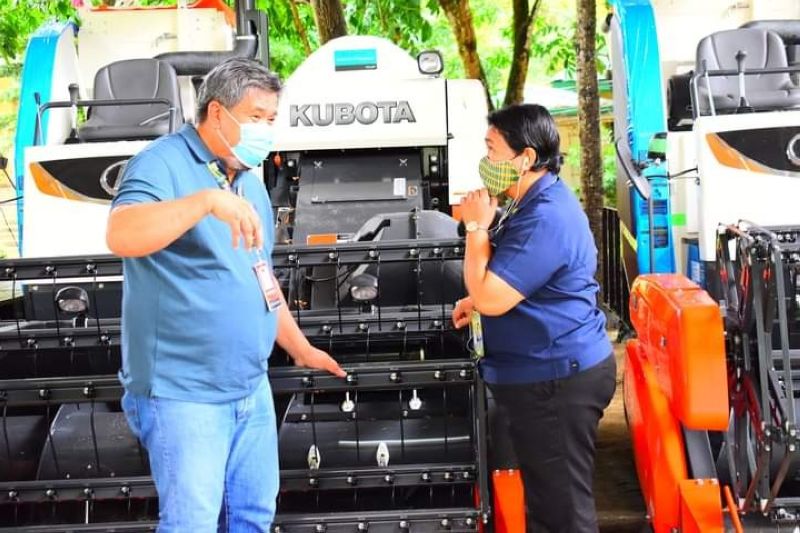 IN A bid to attain rice resiliency and competitiveness in Western Visayas, the government has turned over a total of P193.7 million worth of farm machinery and equipment to 38 farmers' cooperatives and associations (FCAs) in the region, including Negros Occidental.

These interventions formed part of the P650-million 2019 Budget for the Farm Mechanization Program of the Rice Competitiveness Enhancement Fund (RCEF) for the region.

Department of Agriculture (DA)-Philippine Center for Postharvest Development and Mechanization (PhilMech) Executive Director Baldwin Jallorina, who spoke at the mass distribution in Iloilo City on Wednesday, September 16, said the machineries came from the Rice Tariffication Law.

Jallorina recalled that the law was once slammed calling it as anti-farmer, some even said it won't help the farmers.

Iloilo province with 18 FCAs got the biggest chunk of about P89.12 million worth of farm machinery.

The DA-PhilMech aided five FCAs in Aklan with P26.26 million in farm equipment.

Jallorina said that under the 2020 budget from the Rice Tariffication Law's rice fund, another P600 million farm machinery support will further the rice farming sector in Western Visayas.

"Nandito na tayo sa wakas na ating mapapamigay at mapapasa inyo ang ating inaasahang galing sa RCEF [We are here to finally distribute to you what we are expecting from RCEF]," he said.

Jallorina added that "bagama't naantala po ito dahil sa pandemya, hindi tayo dapat huminto dahil kung tayong magsasaka ang huminto sa ating gawain, marami pong magugutom [though it was delayed because of the pandemic, we should not stop because if we, farmers, will stop many will experience hunger]."

The DA-Western Visayas said 50 percent of the annual P10-billion rice fund for the next six years is allocated for the farm mechanization program.

This is in order to help the farmers reduce their production cost and postharvest losses thereby increasing their income and productivity, it added.

Jallorina urged farmers to properly use and operate these machineries. If these have defects, have it repaired.

"We hope that you will continue the good relation among your organizations, we hope these machineries will not destroy your groups," he said, pointing out that the strong cooperation among the association members is the key factor why this initial batch of FCAs was selected as pilot beneficiaries of the RCEF mechanization program.