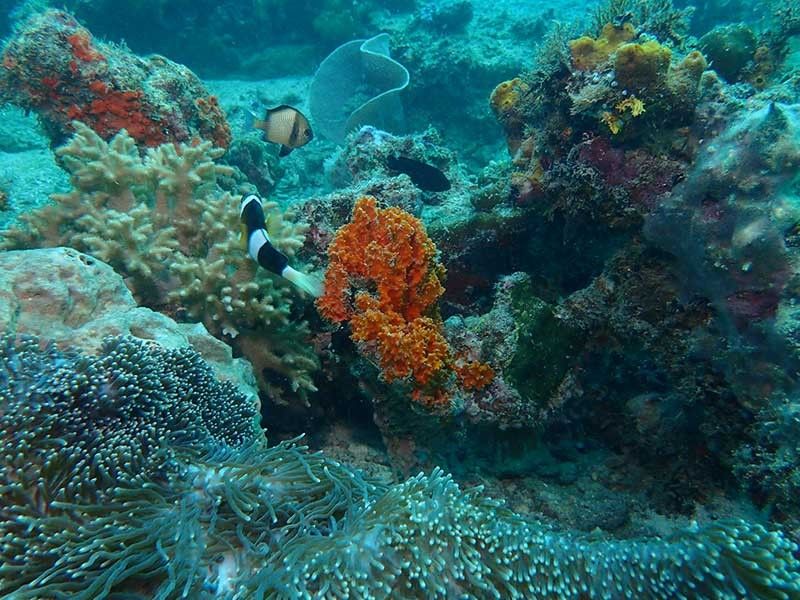 IN DANGER. The reef at Pakiputkan Strait in Davao Gulf is being threatened with the construction of the Davao-Samal Bridge. Based on the environmental study conducted by Joey Gatus and Dr. Filipina Sotto, the reef where the bridge will traverse on has a rich marine environment. (Save Paradise Reef photo) 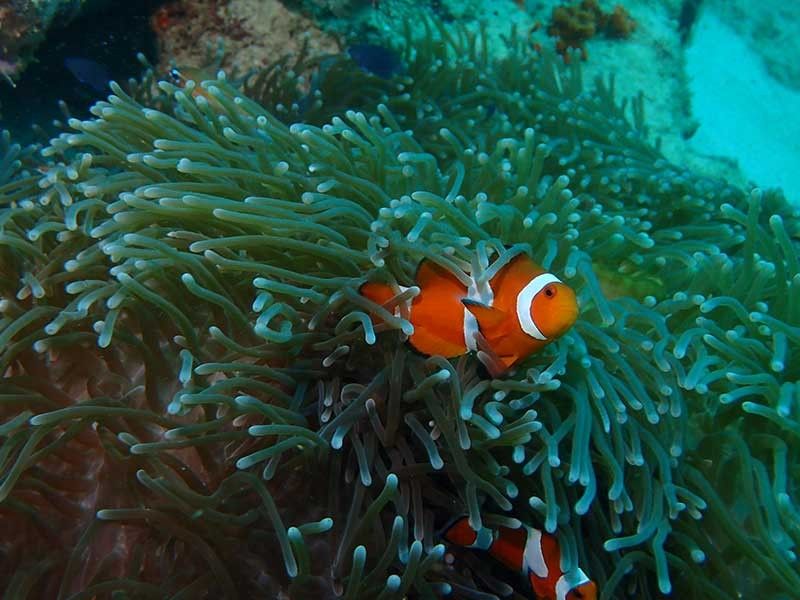 RICH MARINE ENVIRONMENT. The reef near Paradise Island Beach and Resort is a popular destination for divers due to its abundant marine life and healthy corals. (Save Paradise Reef photo)

THE construction of the Samal Island-Davao City Connector (SIDC) Project could cause irreversible damage to the reef the bridge will traverse on.

“During construction, there will be massive sedimentation that would be happening,” Joey Gatus, Natural Resources Management Consultant of the Save Paradise Reef Movement, said during a virtual press conference on Thursday, September 17, 2020.

The SIDC, commonly known as the Davao-Samal Bridge, is a P23.04-billion bridge that will connect Samal Island to the mainland. The project involves the construction of a four-lane 2.8-kilometer bridge. The project is being implemented by the Department of Public Works and Highways (DPWH) central office.

According to the SIDC project description report conducted by Ove Arup and Partners Hong Kong Ltd (Arup), which was tapped by the DPWH as the lead consultant for the Feasibility Study of the SIDC Project, the properties directly affected by the alignment of the bridge on the Samal side is the property of the Rodriguez family. The family owns the popular Paradise Island Beach and Resort. The report was published in 2019.

The report states that demolition, excavation, pile driving and bridge structure construction will cause “changes in channel beds and impacts on fish and aquatic life.” In a bid to address this issue, the proponents will strictly observe and implement the Site Protection and Rehabilitation Program and materials handling, which provide for soil erosion control measures. Proponents will also “observe best practices in proper construction procedures that promote care and minimal disturbance to the existing environment.”

However, the silt curtains are not enough to protect the coral reefs in the Pakiputan strait. Gatus said the strong currents will still carry these sediments to a wider area.

“Corals will be smothered and covered by all these sediments. Within that area, expect those coral reefs within half a kilometer will be affected,” Gatus said.

Based on the Biophysical Assessment on the Affected Reefs of the proposed SIDC, which was conducted by Gatus and Dr. Filipina Sotto, the study shows that the area the bridge will be traversing on and where construction activities will be taking place has a rich marine environment. The study was conducted in December 2019.

In terms of aquatic macro-invertebrates--like echinoderms, tunicates, sponges, hydroids, shells, and crabs--there are 57 species with around 2 specimens per square meter.

“Overall, you would notice that it is a highly diverse area. It is interesting in terms of ecology,” Gatus said.

The reef near the resort also has 54 genera with an area coverage of 36.4 percent. The area has a fish abundance of 1,161 fish per 1,000 square meters. It also has fish biomass of 21 metric tons per square kilometer.

“The paradise reef, located between Paradise Island and Costa Marina, is a very popular and frequently visited site by amateur divers and professionals due to the abundance of beautiful hard and soft corals, fishes, and other marine life. In fact, this reef is one of the few gardens left in the Island Garden City of Samal, most are either dead and are in a very bad state,” Julian Rodriguez, technical director and manager of Paradise Island Park and Beach Resort, said.

He said the construction of the bridge, which will take four years, threatens the marine ecology with adverse effects and "will have a very bad effect on the environment.”

“Arup in its executive report to the public admitted that there will be substantial air, noise, soil pollution and most of all water pollution, caused by dredging and excavation,” Rodriguez said.

He added that silting will be constant and it will cover all the marine life in the reef. The silt will blanket the reef while the beach and the seashore will be murky and polluted making it unsuitable for swimming and diving.

“In constructing bridges, the landing site where the main bridge and its approach viaduct will be constructed must be given utmost consideration. It is inevitable that during and after the construction of the bridge, the benthic communities will be irreversibly, irreparably and incalculably destroyed,” Sotto said.

She added that based on the study, the construction of the SIDC Bridge “will definitely damage the best marine ecosystem in Samal Island that will have an adverse ecological impact on the Davao Gulf as a Key Marine Biodiversity Area.”

However, it is not only on the Samal they are worried about. Lawyer Julito “Sarge” Sarmiento, an environmental lawyer, said Barangay Hizon’s coastal areas will also be affected.

He said Arup, in its study, said they are not worried about constructing a bridge in the area of Barangay Hizon because it is a sandy area.

“That is why the barangay has declared it a marine protected area because they wanted to rehabilitate that and make it a marine sanctuary,” Sarmiento said.

They have also recommended that the approval that the landing site for the bridge will be at the Paradise Island Beach and Resort be withdrawn and that Arup be “instructed to redesign and realign the SIDC Bridge.

The researchers are recommending the old shipyard (Bridgeport) as the final landing site for the SIDC Bridge. This is consistent with the earlier proposal of the Japan International Cooperation Agency feasibility study in 2016.

“[This is the] best site for the construction of the main bridge and the approach viaduct on Samal Island side given that [it] was found to be the least biologically productive area,” Sotto said.

However, if the old shipyard is not anymore feasible, the Rodriguez family is offering their Lomos Beach property as a donation “to be used as a compromise for the final landing site of

“The Rodriguez Family has proven that they will do whatever it takes to protect and preserve Paradise Reef that they have taken care of... They are willing to donate a portion of their El Paril Beach Resort (formerly Lumos Property) to DPWH as an alternative landing site in Samal Island with far less environmental damage,” Sarmiento said.

“The shorter distance is between Bridgeport and the Sasa wharf. The property that we are offering for the landing site is parallel to the alignment prescribed by Jica as the best site,” lawyer Ramon Rodriguez-Lucas, Corporate Secretary of Paradise Island Park & Beach Resort, said.

Meanwhile, the family clarified they are not against infrastructure developments.

“Progress has to come with the bridge. The bridge will definitely improve lives. But we should be very careful where and how it is going to be built. Progress should be sustainable to the environment and cause the least possible damage. We should protect what little of the environment we have left,” Rodriguez said.