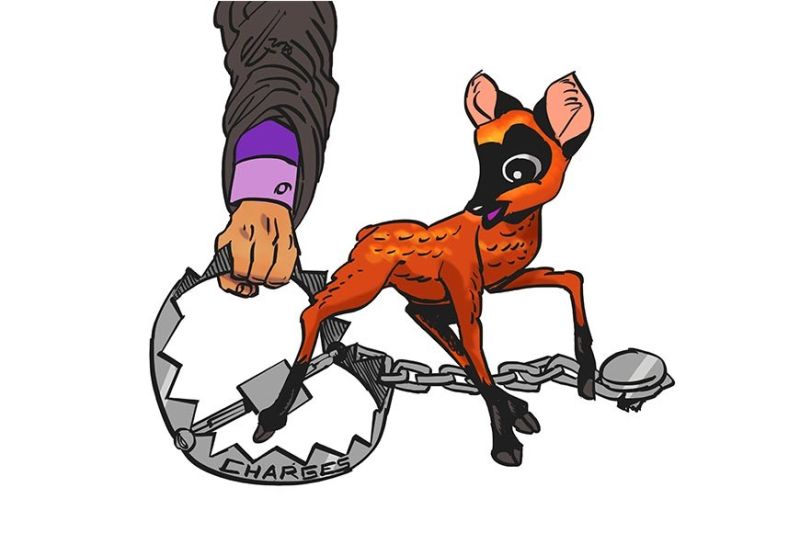 “A BLOW too soon struck for freedom is preferred than a blow too late.” Municipal Trial Court in Cities (MTCC) Branch 3 Judge Yvonne Artiaga, in her decision on the criminal cases the office of the Cebu City mayor filed against Maria Victoria Beltran, quoted former Chief Justice Reynato S. Puno’s statement.

The blow Judge Artiaga unleashed was on the perpetrators of those who attempted to stifle freedom in our part of the world—in this “bastion of civil liberties,” as Mayor Edgardo Labella said of his city, with no small irony after he presaged Beltran’s arrest in a furious social media post after the latter said the mayor’s city was then the Covid-19 “epicenter of the whole solar system.”

Either one has lost one’s sense of humor or throwing one’s weight to actually go the extra mile to send its author to jail and file a case.

Except that it could not be taken lightly. Indeed, Artiaga’s decision on Beltran’s arrest must be seen as a necessary blow that had to be made the soonest, most especially in a season of looming patterns of warrantless arrests in this pandemic.

This one blow is a fortifying reinforcement against forces that intend to weaken and erode our democratic institutions, and indeed most timely when we are about to remember the declaration of Martial Law on Sept. 21. Remember Letter of Intent (LOI) No. 1, which empowered government to seize all forms of media. That one letter silenced the fourth estate, and allowed a singular power to ram into the heads of citizens the impossible narrative that the supposed “new society” was going to ferry the country to greater heights. Needless to say we were doomed.

So it is in this light that we welcome the court’s decision on Beltran’s case. Earlier, the cases against the eight individuals arrested during a rally at the University of the Philippines Cebu were also won.

Set your eyes on Artiaga’s shimmering pen: “Any court conscious of its decision to uphold the Constitution should and must wield it as a shield against any means to silence political and social criticisms, a practice eerily reminiscent of the official excesses during the ‘Dark Ages’ of our very own history not so long ago.”

In effect, those who filed cases against Beltran and those who performed these warrantless arrests must be seen as enablers of whatever “Dark Age” that looms in our midst, and must bear the consequences of that perception. Yes, indeed, this one blow for freedom is directed towards them.

We have learned our lessons, and that is why we dedicate solemn time to remember Sept. 21, and those people should be humbled and must apologize.