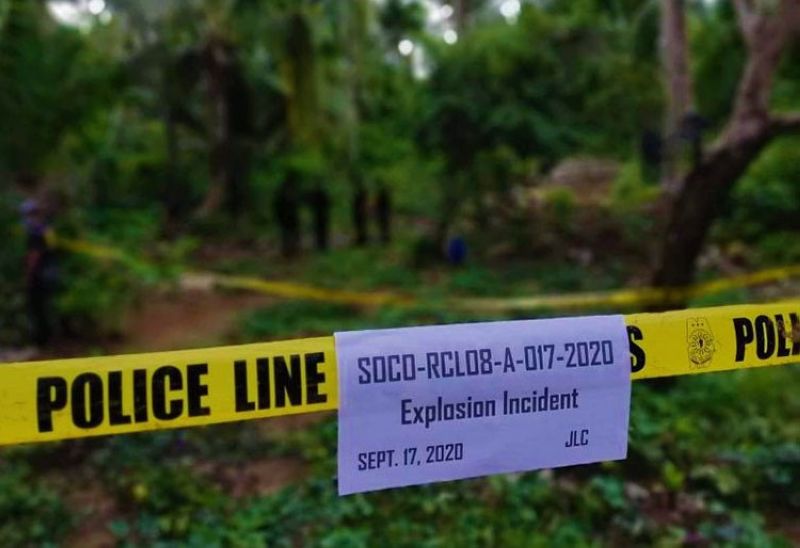 POLICE are investigating two persons who were allegedly behind the explosion in Barangay Burabod in the island town of San Antonio, Northern Samar Thursday, September 17, 2020.

The explosion occurred at 11:54 a.m. Thursday in a vacant lot where the two suspects are allegedly manufacturing dynamites.

Initial investigation revealed that the explosion was caused by a lighted cigarette of one of the suspects.

“The investigation team believed that the lighted cigarette initiated the spontaneous explosion of a bundle of detonating cords,” the PCG said in a report.

One of the suspects was rushed to a hospital for medical attention.

Authorities have yet to release the names of the two suspects. (SunStar Philippines)