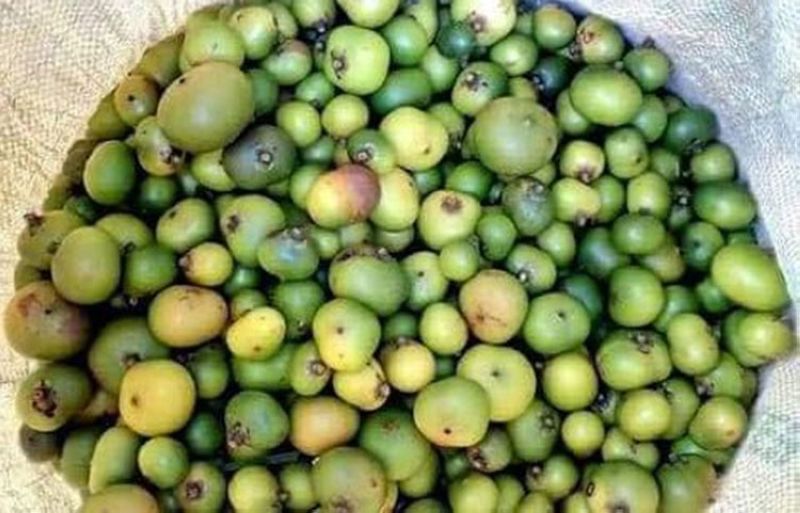 BACOLOD. Batuan, a souring agent that is endemic in Negros Island and some parts of Western Visayas. (Contributed Photo)

RESEARCHERS from the Department of Agriculture (DA) in Western Visayas have gained recognition for their study on production and technology promotion of batuan in the region.

The group of researchers, led by Elizabeth Amit and Nora Garpa, was one of the regional winners of the 2020 Search for Outstanding Government Workers (Pagasa Award) group category under the Honor Awards Program of the Civil Service Commission (CSC).

Dubbed "Production and Technology Promotion of Batuan in Region 6," the study focuses on the product development of the food ingredient.

Batuan or Garcinia binucao is endemic in Negros Island and in some parts of Western Visayas like Iloilo.

It is mainly used as ingredient, particularly as souring agent to various soup dishes.

For Ilonggos, it is famous as "pampa aslom" in sinigang, cansi, "pinamalhan"

and other Ilongo cuisine. It is said to have health benefits and rich in Vitamin C.

The DA-Western Visayas, in a statement, said the study on batuan was funded by the Bureau of Agricultural Research on product development.

The group explored other uses of batuan not only as souring agent. They were able to developed batuan power as sinigang mix, jam and jelly and puree, among others.

"The value adding technology is in its commercialization phase," it said, adding that there are already who are adopting and using the batuan as ingredient for tart, piaya and other pastries.

Some of those that have been producing products using batuan said the crop has paved the way for them to become entrepreneurs and earn income.