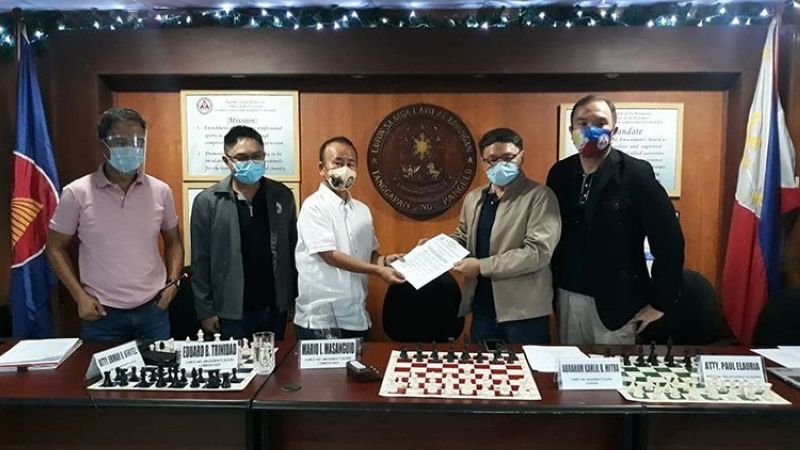 IT IS time that Filipino woodpushers make a good opening on their boards after the Games and Amusements Board (GAB) on September 17 accepted and approved the application of the Professional Chess Association of the Philippines (PCAP) as the first professional organization for chess in the country.

First Asian chess Grandmaster Eugene Torre described that in India, chess is being played professionally but, in Southeast Asia, the Philippines will be first to make it professionalized.

"Bundesliga has been in the pro-league for a long time in Europe, so they produced excellent players," Torre said during the online press conference spearheaded by GAB.

He added that this had been the dream of many chess players in the Philippines, including him. "So, I am grateful to GAB and PCAP for this unity. We in the National Chess Federation are also with you here," he stressed.

"Even the Arbiters and other PCAP-connected officials need to be licensed by the GAB. Although we trust the PCAP leadership that they will be able to organize the organization and the league, we also need to ensure the protection of all those involved in this kind of abuse," GAB Chairman Abraham Khalil Mitra said.

Mitra stressed that they are proud at GAB that the Philippines will have its first professional chess league.

"PCAP is to chess what PBA / NBA is to basketball. PCAP will also organize professional team chess league," he said. "The Philippines has close to half a million chess enthusiasts while the active players world-wide are about half a billion. We want to place chess players incomparable stature as other professional athletes," Mitra added.

Meanwhile, in the resolution signed by Mitra alongside Commissioners Ed Trinidad and Mar Masanguid, this is a step towards the goal of raising the

level of chess in the Philippines and ensuring that everyone who participates in it is protected.

On the other hand, PCAP founding commissioner Atty. Paul Elauria lauded the support of GAB and the acceptance of chess icons in the concept they developed to raise the level not only of talent but also the humble livelihood of Filipino chess players.

"PCAP was developed to meet the needs of our players. Not everyone gets into the national team. Thus, this league will help talented players to have access and assured sustainability in their livelihood," Elauria said.

GM Rogelio 'Joey' Antonio Jr., a 13-time National Champion and Olympian, also stressed that more players would pursue their talent by having a pro-league in chess.

"This will inspire kids to play chess like the way the PBA inspired kids to play basketball. It will be another motivation for them to get better and aim higher," Antonio said.