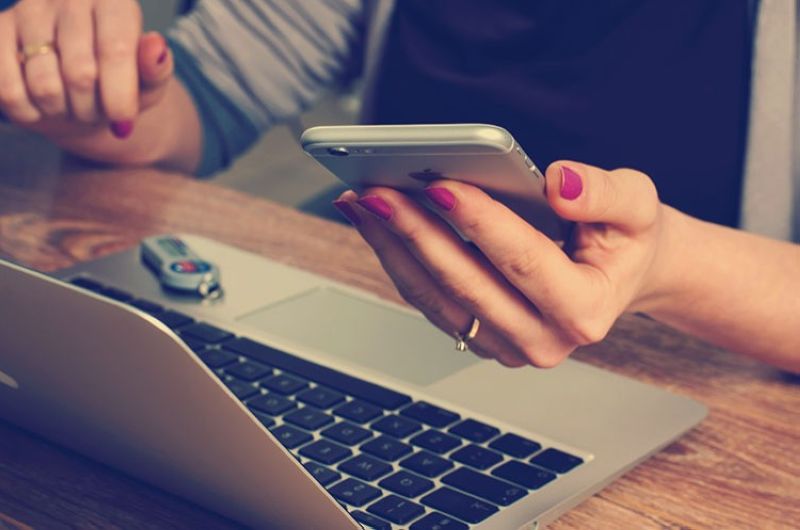 CONNECTIVITY. Satellite technology is key to connect more Filipinos to the internet, especially those living in areas that are not yet served by internet providers. (Photo by William Iven on Unsplash.com)

DUE to the Philippines being an archipelagic country, a scientist said utilizing satellite technology will allow better connectivity for the Philippines.

During the 6th Mindanao Policy Research Forum, Dr. Rogel Mari D. Sese said 40 percent of Filipinos do not have internet access. He also said 52 percent of 47,013 public schools are not connected to the internet.

"We have to look at the methodology of how this monitoring works. The methodology used by Speedtest greatly skews this speed towards the higher end. There is a greater tendency to skew it to a much faster end. An alternative result taken from Google MLab shows that the average speed for the Philippines is only about 3.41 Mbps, which is significantly lower to the global average," said Sese, who is the chair of the Department of Aerospace Engineering at the Ateneo de Davao University (AdDU) and focal person of the Philippine Science Education Program of the Department of Science and Technology-Science Education Institute (DOST-SEI).

He added MLab results also showed that the average speed in Davao is only at 2.57 Mbps.

"The main issue here is infrastructure. The severe lack of broadband infrastructure has a huge implication to economic growth at the macro level as well as peoples' welfare," said Grace Mirandilla-Santos, Better Broadband Alliance lead convenor.

She added for more Filipinos to be connected, there is a need to use emerging technologies like the use of satellite technology, to complement existing technologies.

"Unlike other countries wherein they have a huge land area that is contiguous, here is a little bit more challenging to connect our more than 7,000 islands using ground-based infrastructure," Sese said.

He said the use of satellite technology will be able to reach areas that are unserved or underserved by internet providers.

Sese added that under Republic Act No. 11363, also known as the Philippine Space Act, one of the key areas it focuses on is the use of space technology applications that can preserve and enhance the country's national security and promote development that is beneficial to Filipinos.

"Satellites are one of the means that we can bridge the digital divide that we are experiencing right now. Here in the country, this is one of the alternative technologies that we can greatly maximize," he said.

"We don't have to wait years for the connectivity to happen. There are existing satellites now that has coverage throughout the country," he said.

Satellites also do not require extensive local infrastructure. But Sese said providers using satellite technology will still be required to get a congressional franchise and a license from the National Telecommunications Commission.

"The benefits of satellites for agriculture development is not only on providing internet connectivity but also improving the farming practices, providing precision farm information using remote sensing and providing training and support services directly to the farmers and fisherfolk," he said.

"Apart from agriculture, satellites are also used for health, identifying hotspots for diseases, contact tracing, remote consultations, and medical response. So the investment will benefit various sectors," she said.

Mirandilla-Santos added that the technology is an efficient option for bringing faster connectivity for poorly connected schools.

"It can be an interim solution for those that will not yet benefit from terrestrial networks. Thailand is using satellite to connect 30,000 schools for its e-learning program," Mirandilla-Santos said.

However, Department of Information and Communications Techbology (DICT) Undersecretary Alan A. Silor said while the use of satellite-based communications technology is part of the National Broadband Plan "advance coverage and augment internet connectivity," there are also barriers hindering it from being fully utilized.

"Comparative cost of deployment is a major hindering factor for full enablement of satellite use and deployment," Silor said.

He added that "satellite operations and relative subscriptions rates are still high compared to other fixed deployments."

However, Sese said satellite technology now has greatly improved in the last 10 years.

"Now it is possible to have higher throughput or bandwidth at a lesser cost than what was in the past, making it more affordable now that even homes can have direct satellite access. Overall, it's much cheaper and easier to have better satellite connectivity now than what it was a decade or more ago," he said.

Meanwhile, Silor said there should be a healthy mix and hybrid implementation of available technological solutions for the success of the country's digital transformation.

"In practical terms, the combination of fiber optics, wireless networks, and satellite, where possible, is necessary for addressing the following, as needed: capacity, coverage, and speed," he said.

Mirandilla-Santos also pointed out that combining different forms of technology is already being implemented in other nations and the Philippines could look into this.

"Combined with other terrestrial technology, satellite technology can be an addition and can help build a more robust and reliable broadband network," she said.

Meanwhile, Mirandilla-Santos said the existing laws in the country on information and communication technology are mostly outdated.

"The Philippines needs to upgrade its policies and regulation so that it will be appropriate for the digital age," she said.

Sese said Republic Act 7925, also known as the Public Telecommunications Policy Act of the Philippines, and Executive Order 467 (1998) only allows telecommunication entities with a congressional franchise to access satellites and provide services. He describes the current laws as "analog" in a time of digital technology.

He also said new entrants and competition in the broadband sector are being hindered by outdated policy and regulations.

"If the Philippines does not update its analog land-line telephone-based policy, we lost the opportunity to benefit from new technologies, new business models, and innovative providers," Mirandilla-Santos said.

She said the key to improving the internet in the country is by encouraging ang enabling more investments in broadband infrastructure.

"Let's allow these service providers who are capable of connecting the country to come in," Mirandilla-Santos said.