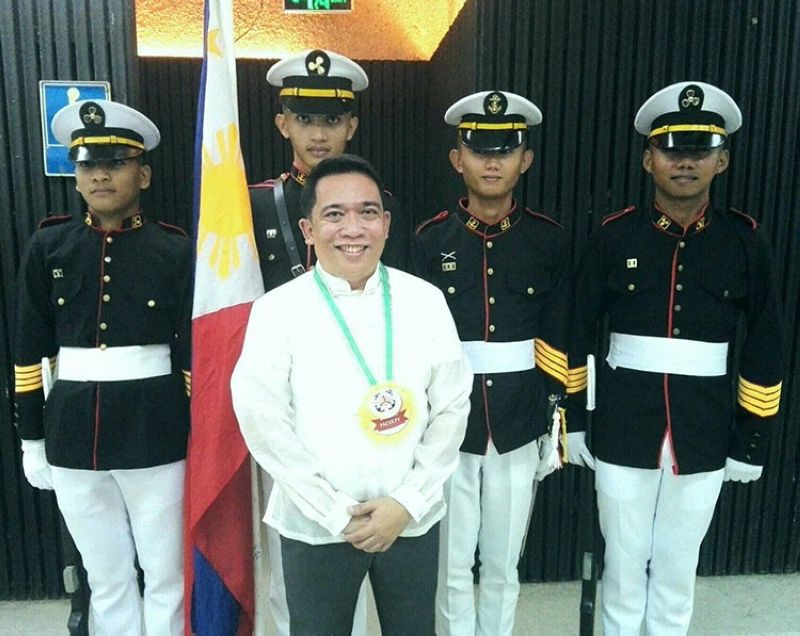 THEY say that dreaming is free. Each person has a dream in life that they pursue to reach through determination and hard work which in turn would also make us realize the true meaning and value of life.

Blessed are those that continue to dream and hope despite the difficulties that life offers.

Just like Reynaldo "Sir Andot" Sanchez Padillo who did not falter and persevere through life's difficulties just so he can finish education.

Reynaldo is the oldest of six children and the one who had been the aid of their parents to make sure that his siblings see a brighter future.

With his dream as his motivation, he worked as a store attendant at a "lugawan" in Datu Complex when he was younger. From then on, he also landed on different jobs doing janitorial services and office errands.

Through the course of time, their parents separated and the role of being a breadwinner was left to Reynaldo to shoulder.

With all the challenges, it was such a huge accomplishment by itself already when he was able to reach college. He took BS in Secondary Education major in General Science at the Holy Cross of Davao College and graduated in 1994.

While he was a college student, he also sold different kakanins where he would get his daily allowance, food for their family, and sometimes allowance for his siblings. It came to a point that all of the siblings would help make kakanin from cassava which they would deliver to the customers while the other siblings sell inside the school.

Right after finishing college, he taught at Holy Cross of Agdao, High School Science Department. He taught there for 18 years. On top of that, he was also a part time professor at San Pedro College, Assumption College of Davao, Mindanao Medical Foundation College, and currently at MATS College of Technology.

In June 2013, he became a full-fledged public school teacher and assigned at Sta. Ana National High School as a Physics teacher.

He also became a scholar at the Ateneo de Davao University through the Regional Service Teacher Center (RSTC) among his many other civic services in the community.

"Tinuod gyud ang giingong: 'Lihok tawo ug tabangan ko ikaw', diin uban kini sa panultihon, 'Ikaw ang huhubog sa iyong bukas', walay lain kon di ikaw ang mohimo alang sa imong maayong ugma. (The saying 'Work hard and I will help you', is true and goes with another saying 'Your future is in your hands'. No one else will mold your future and reach your dreams for you but yourself)," he said.