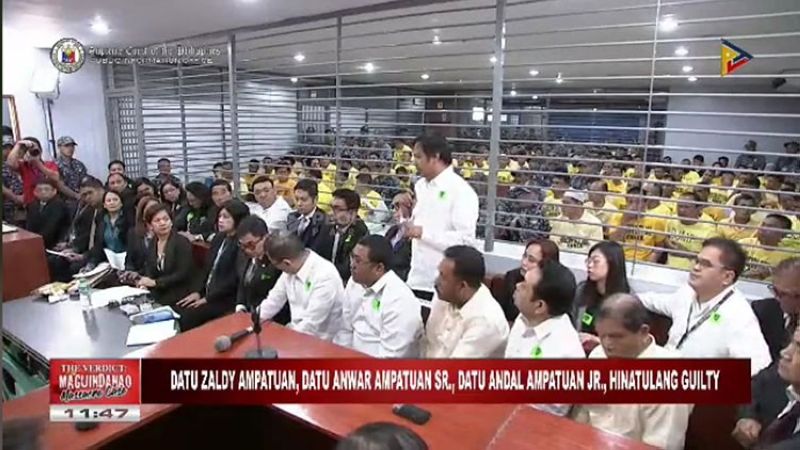 THE Philippine Center for Investigative Journalism (PCIJ) appealed to the United Nations Educational, Scientific, and Cultural Organization (Unesco) after the latter classified the Maguindanao massacre case as "resolved."

With different media organizations, civic groups, and other individuals as co-signatories, PCIJ sent a letter addressed to Unesco Director General Audrey Azoulay to re-consider their classification of the said massacre case.

In the letter, PCIJ cited news reports that said Unesco's Assistant Director General for communication and information Moez Chackchouk apparently wrote to Philippine Permanent Delegate to Unesco and Philippine Ambassador to France Theresa Lazaro confirming the classification of the Maguindanao massacre case as resolved "both in the Unesco Observatory Killed Journalists and in the 2020 Director-General Report on the Safety of the Journalists."

It can be recalled that in December 2019, 28 of the accused of the crime and 15 others as accessories to the crime were convicted. However, in this letter of appeal, PCIJ believes that the case was still far from being resolved.

"While there has been a verdict, the Ampatuan convictions can still be and, in fact, have been appealed. Brothers Zaldy Ampatuan and Andal Ampatuan Jr. have filed their appeals before the Court of Appeals, while another brother, Anwar Ampatuan, and his two sons, Anwar Ampatuan Jr. and Anwar Sajid Ampatuan, have appealed before the trial court that convicted them," said PCIJ.

They added that nearly 80 more suspects, 15 of them were Ampatuan, remain at large. They also pointed out that as of February 20, 2020, only four convicted have been arrested and on trial.

"Another principal accused, Sajid Islam Ampatuan, brother of Zaldy, Andal Jr. and Anwar Ampatuan, was acquitted even if he was present at the meeting when the massacre was planned. He is now an incumbent mayor of a town in Maguindanao province, where the massacre happened," the PCIJ said, adding that although the total count of victims were 58, the court only issued convictions for 57 counts of murder, excluding photojournalist Reynaldo "Bebot" Momay, whose body was never found in the site and only his dental remains.

PCIJ called on Unesco to exercise due diligence and complete staff work to "arrive at a balanced and comprehensive assessment of press freedom and freedom of expression in general in the Philippines, beginning with thorough consultations with key stakeholders, and not only State officials."

As of Friday morning, September 18, Unesco has yet to respond to PCIJ's letter.

Damages not yet paid

In an interview with Ramona "Monet" Salazar, she said they did not even know of this Unesco's classification of the Maguindanao massacre as "resolved."

Monet is the wife of Napoleon Salazar, publisher of Clearview Gazette, one of the massacred journalists.

Although she is personally satisfied with the conviction of the accused in December 2019, she said they are still waiting for the pay for damages that they were supposed to receive as decided by the court.

The amount to be paid varies per family depending on the financial capacities and the role of the slain victim in the family.

As for Salazar, they were expecting P2.6 million but shared that some of the families were only expecting P300,000 as decided by the court. However, their lawyers, Atty. Harry Roque and Atty. Gilbert Andres, appealed to the court for a higher and fairer amount.

"We want to follow up on it because we believe it is our right. It is for us," Salazar told SunStar Davao.

She also expressed rage against the Ampatuan family who, she said, was quick to post bail when necessary but were slow on paying damages to the victims.

Salazar shared how the gruesome death of his husband, though a decade has passed, still leaves her in tears sometimes. She is hoping that the conviction of the accused will bring forth justice already and said she would really fight should these accused be allowed freedom again.