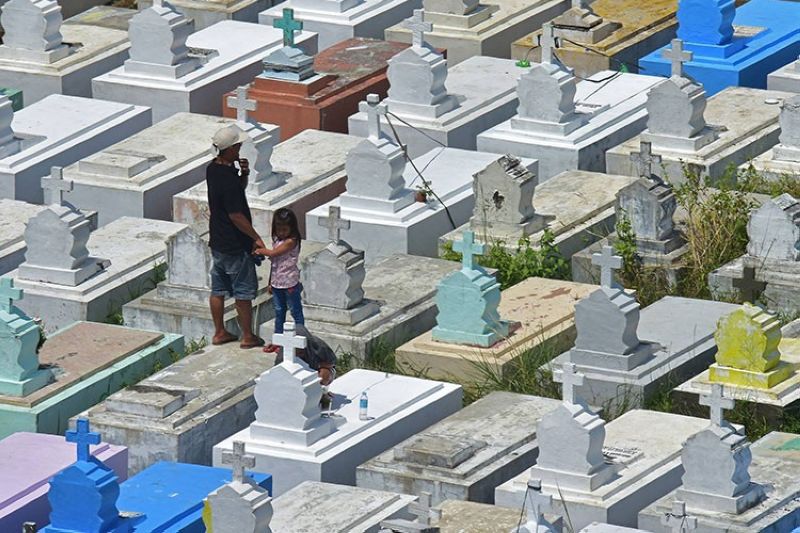 DABAWENYOS would have to skip this year's Undas, as the City Government of Davao adopted the Inter-Agency Task Force on Emerging Infectious Diseases' (IATF-EID) order closing all public and private cemeteries, including columbariums, from October 29 to November 4.

Presidential Spokesperson Harry Roque made the announcement on Friday, September 18.

Davao City Mayor Sara Duterte-Carpio said that since it is an IATF order, the city will be adapting the order.

The closure was announced to prevent mass gathering, the mayor said.

Duterte-Carpio said the city will be waiting for the task force's written document so that she will adapt to her executive order (EO), providing additional guidelines on the closure of cemeteries this Undas.

She said the EO will also include some of the general guidelines and other details not included in the IATF order, particularly on the burial of those who would die on the mentioned dates.

"But syempre, naa man gyud mamatay nga kinahanglan ilubong dayon. Duna sila'y tinuhuan nga ilubong karon dayon, or iyahang nine days natunong sa October 29 to November 4, so naa mga ing-ana nga detalye nga di maapil most likely sa IATF document, tubagon nato kini sa atong executive order (Of course, there will be people who would die between October 29 and November 4 who need to be buried immediately because of religious belief. Or the ninth day of the wake landed on that period. Those details, which will most likely not be included in the IATF document, will be answered through our executive order). Only when there are hanging questions about the policy," Duterte-Carpio said in an interview via 87.5 FM Davao City Disaster Radio.

Prior to the IATF order, Duterte-Carpio had already reminded Dabawenyos to visit their departed loved ones before October 29 or right after November 4, as between these dates, people are expected to flock into cemeteries.

The mayor, however, reminded the public not to go at the same time to the cemeteries to avoid large crowds.

The mayor suggested avoiding going to cemeteries on weekends.

The Davao City Economic Enterprise (CEE), the office in charge in the management of the City Government-owned cemeteries, is ordered to monitor the observance of the minimum health protocols, including the two-meter physical distancing, wearing of face masks and face shield, and the bringing of pocket alcohols or hand sanitizers.

Privately-owned cemeteries are also reminded to implement the health protocols.

The IATF policy on Undas was issued more than a week after Manila City Mayor Francisco Domagoso announced that cemeteries in Manila will be closed during Undas to prevent mass gatherings in the light of the Covid-19 pandemic.

Several local government officials have since followed Domagoso's example and announced the closure of all cemeteries and columbariums within their jurisdiction.

However, most Filipinos visit the graves of their departed family members beginning the last week of October with some even holding family reunions and parties in the cemeteries. (With reports from SunStar Philippines)