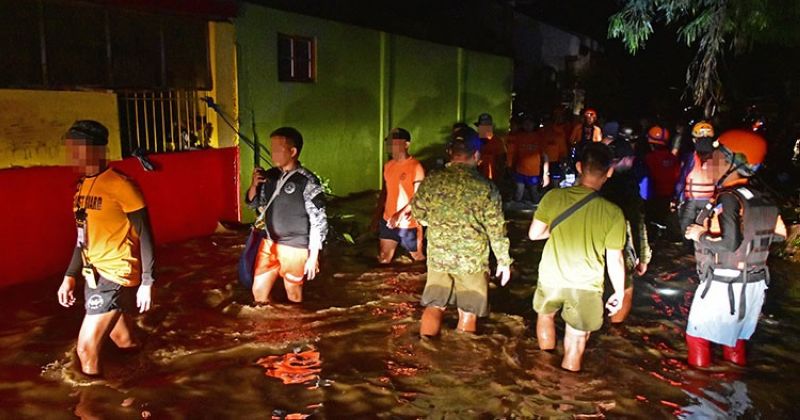 DAVAO City Mayor Sara Duterte-Carpio reminded Dabawenyos to prepare for the La Niña season, which could cause floods in some parts of the city.

This came after the Philippine Atmospheric, Geophysical and Astronomical Services Administration (Pagasa) announced on September 9 that some parts of the country may experience more rain.

The state weather bureau sees a 70 percent chance the country will feel the effects of the La Niña weather phenomenon next quarter.

La Niña, the counterpart of El Niño, is characterized by below-normal sea surface temperatures in the Pacific Ocean near the equator -- a result of shifting wind patterns in the atmosphere.

This means that "above-normal rainfall" may prevail in the Philippines, especially in the Visayas and Mindanao, from October to December.

Duterte-Carpio, during her radio interview on Friday, September 18, said that as early as now, Dabawenyos should brace for La Niña's possible impact in the city.

"Kinahanglan ta mangandam [sa] bagyo and pagbaha diri sa atong syudad (We need to prepare on the possibility of a typhoon, which may result to flooding here in the city)," the mayor added.

"Let us take the opportunity nga makabalhin ta sa dili flood-prone area. Pero kung di gyud ta kabalhin i-andam nato ang mga gamit kung sakali naa possibility nga mubaha (You can use this time to transfer to an area that is not flood-prone. But if you cannot transfer, you have to prepare your things against the flood)," she said.

Duterte-Carpio also said they must prepare an emergency Go bag which contains essential items such as medicine, first aid kit, and important documents that can be carried when a disaster hits their area.

She said the public should listen to the local government's announcement and call for a pre-emptive evacuation.

Based on the Davao City Disaster Risk Reduction Management Office backtracking of the previous calamities in the city for the past 10 years, the highest incidents are flood with more than 300 incidents.