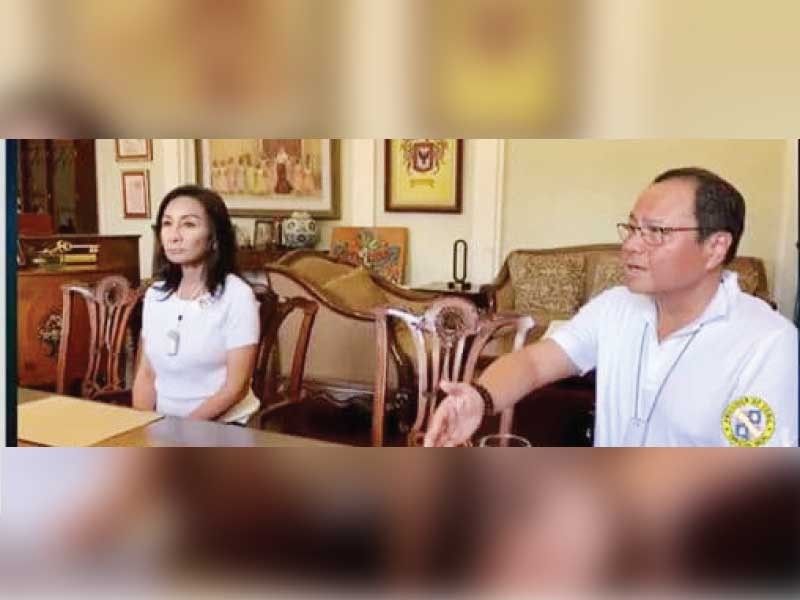 The CFI announcement came hours after Cebu Gov. Gwendolyn Garcia and her brother, Rep. Pablo John Garcia, held a press conference pointing to alleged lapses committed by a yet unnamed local hospital which, they said, led to the deaths of their brothers, former Dumanjug Mayor Nelson Garcia and Barili Mayor Marlon Garcia.

In a statement posted on its official FB page, the CFI claimed the cooperative received numerous complaints from relatives of deceased members who allegedly died due to “alleged abusive practices, protocols and procedures” committed by CHH and some of its doctors.

“A number of hospital patients died under similar circumstances, which relatives blamed on the insistence of its doctors to adopt the highly expensive but controversial medical protocols and procedures adopted by the hospital for pre-Covid and post-Covid patients,” the CFI said.

The CFI further claimed some patients initially confined as Covid-19 cases were eventually declared cured but later ended up dead after their health deteriorated due to the hospital’s “highly expensive but fatal treatments.”

“Despite their deaths, the families have imposed hospital bills in incredible sums ranging from P3 million to P5.4 million,” the CFI said.

Aside from suspending CHH’s accreditation, the CFI also disqualified two doctors from certifying covered medical and hospital procedures under its health program pending resolution of a CFI investigation into the doctors’ alleged conduct.

The CFI, established in 1970, has its own health program under the Mutual Medical Assistance Fund, solely funded by contributions from members.

With the suspension, medical and hospital bills from CHH will not be covered by the program.

“The Coop feels that the series of deaths of our members, coming as it did barely days apart under the same doctors and the same expensive treatment, as well as, the huge medical bills imposed on their families and our Coop are quite discomforting. We believe that in the midst of so much hunger and misery wrought by the pandemic, the treatment of Covid on affected patients should not be pursued with profit as a motivation,” the CFI added.

SunStar Cebu is withholding the names of the two doctors as they have yet to air their side.

However in a statement, the hospital said their team of medical experts provided only the best possible care for its patients.

“The judgments of the medical team are backed by their extensive training and experience as doctors and medical practitioners, and based on verified data. Their actions are consistent with globally-accepted and clinically-established procedures applicable to the patients’ diagnoses,” read part of the statement.

“In particular, the two attending physicians of the Garcia brothers are reputable and outstanding doctors, and are specialists in their fields. It is a sad reality that even the most determined effort to save lives sometimes ends up futile,” the hospital said.

“This, however, should not be a reason to stop trying, or to lose faith in the science and practice of medicine itself. Ultimately, no act stands as noble as preserving or saving lives, and this must be firmly grounded on facts and research,” the statement added.

Hospital officials said they are ready to dialogue with the Garcia family and provide any answers that may help them in their search for closure.

“We can only imagine the loss and grief that the members of the Garcia family are going through right now. Indeed our deepest and most sincere condolences go out to them and all the loved ones of the departed,” the CHH said.

In a news conference on Thursday, the Governor and Representative Garcia narrated events that led to the confinement of Nelson and Marlon who had both tested positive for Covid-19.

The siblings believed Nelson and Marlon contracted the virus during an event attended by the Garcias in Barili town.

Governor Garcia said both Marlon and Nelson did not succumb to Covid-19 as even their death certificates would show that they had already recovered from the illness.

The governor believes it was the hospital’s alleged mismanagement of her brothers’ post-Covid medical condition that killed them both.

The Garcia family spent P8 million for the treatment of Nelson and Marlon.

The Garcias are seeking the help of medical experts to determine why Nelson and Marlon died when they were supposed to have already recovered from Covid.

Meanwhile, Dr. Bryan Albert Lim, an internal medicine/infectious diseases specialist in Cebu, whose father recently died at the CHH due to Covid-19, expressed support to the hospital, saying he trusts it with his life.

“This institution has nurtured some of the best medical minds of the country. Since 1909, Chong Hua has continuously strived to improve and provide the best medical care to our people,” he said.

He said CHH had been there for him when his father died.

He also narrated the efforts of the hospital’s medical frontliners despite difficulties amid the pandemic.

“I love you, Chong Hua Hospital. Please continue to shine as a beacon of hope especially during this pandemic. When Cebu was in a mess during the surge, you stepped up. The health workers all stepped up to provide the most number of beds in Cebu for Covid. I know this for a fact, because I was there. Fighting, serving,” he said. (JOB)