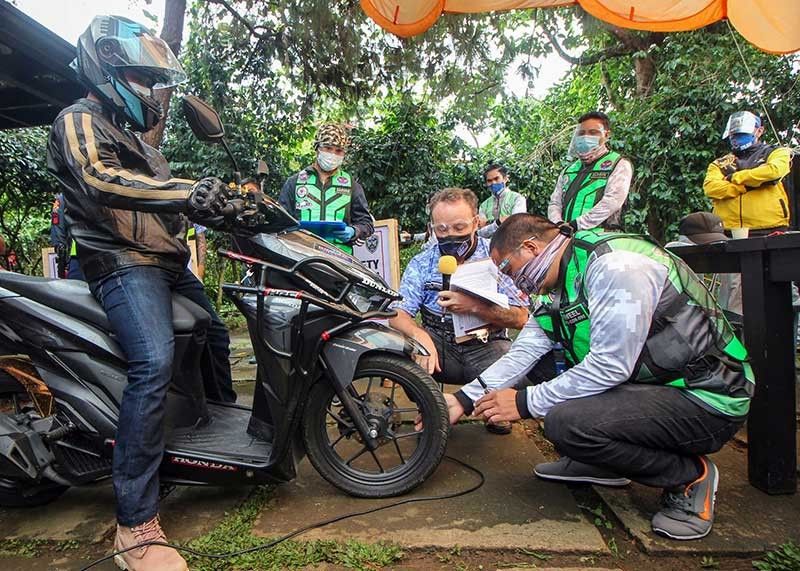 Lieutenant Colonel Joe Wilson Denamorca, HPG-CAR chief, noted a decrease in road crashes in 2020, with 919 recorded from January to August.

“This number is lower than the 1,829 incidents in 2019, largely due to the quarantine measures since the start of the novel coronavirus pandemic that prevented people from traveling,” Denamorca said.

Denamorca added terrain in the Cordillera remains a problem among motorists plying the various routes in the region.

During a test run on August 26, it was found only 39 of the 109 vehicles randomly inspected in Baguio passed the 10-point inspection for roadworthiness, while 46 out of 120 passed during the September 3 inspection.

British national Mark Ingram, a retired military officer who volunteered with the HPG as chief implementer of the program, said the checking of headlights, tail lights, brake/reverse, left and right signal light and hazard lights; gauges, door handles and locks; horn, mirror, wipers and washers; tires and spare wheel nuts; and basic tools and early warning devices are the 10 areas that were inspected.

“These are the things that must be checked every week to assure the safety of the vehicle. The most common faults found were worn out tires and lack of brake light, tools and early warning devices, with private vehicles having the most violations,” Ingram explained.

Denamarca said during the inspection, there were no citation tickets issued, only reminders for vehicle owners or drivers to ensure compliance.

"The contact information of the driver or owner is taken and we call to ask if they have already complied to remind them of the safety measure because we want them to correct the faults that is why we call them,” Denamorca added.