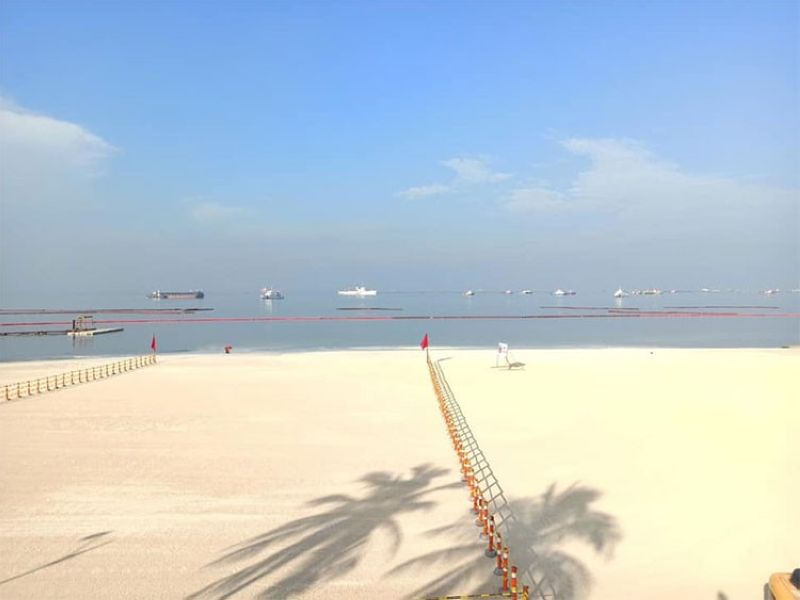 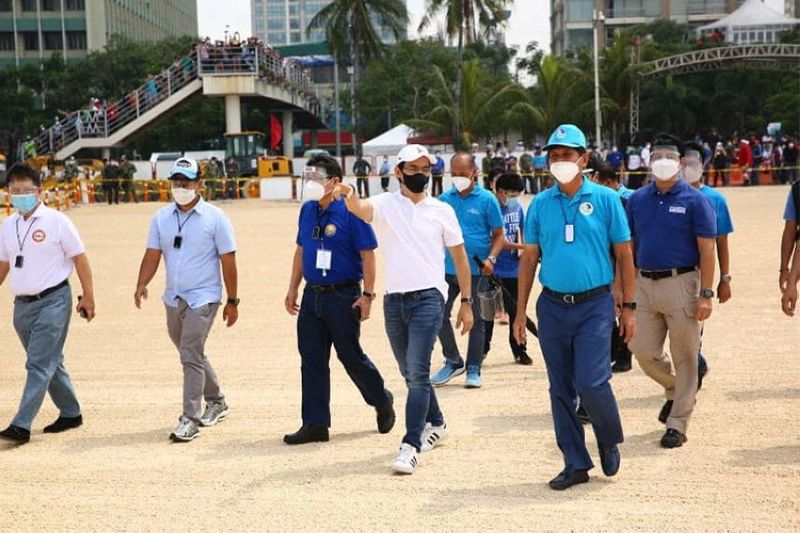 MANILA. DENR Secretary Roy Cimatu, together with Manila Mayor Francisco "Isko Moreno" Domagoso and other government officials conduct an inspection along the Manila Bay beach on Saturday in time for the celebration of the International Coastal Cleanup Day. (DENR photo)

DESPITE criticisms, the Department of Environment and National Resources (DENR) temporarily opened on Saturday, September 19, the newly-rehabilitated portion of Manila Bay that was covered with artificial white sand from Cebu.

The opening was done as hundreds of people, including media, bloggers, and government officials, flocked to Manila Bay in time for the celebration of the International Coastal Cleanup Day.

Among those present Saturday were DENR Secretary Roy Cimatu and Manila Mayor Francisco "Isko Moreno" Domagoso. They conducted an inspection along the beach.

For Vice President Leni Robredo, the budget used for the Manila Bay "beautification" could have been used to provide cash assistance to Filipinos affected by the coronavirus disease (Covid-19) crisis.

Department of Education (DepEd) Secretary Leonor Briones said the funding for the Manila Bay project would have been a huge help for the government to buy gadgets for students and teachers shifting to distance learning.

"Why is DENR leading a campaign that could increase and cause further harm to the bay?" he asked.

Last September 17, residents of the seaside village of Baseco reported that hundreds of dead fish floated in Manila Bay.

It was not clear whether the crushed dolomites caused the fish kill, but the Bureau of Fisheries and Aquatic Resources (BFAR) said the 10 kilograms of fishes found floating in Manila Bay near Baseco, Tondo may have died due to very low levels of dissolved oxygen.

Presidential Spokesman Harry Roque earlier defended the government's Manila Bay "white sand" project, saying it will not only beautify Manila Bay, but will also address the area's problems on soil erosion and flooding of nearby roads.

He added that the laying of "white sand" along Manila Bay was part of the 2020 national budget, that was approved last year.