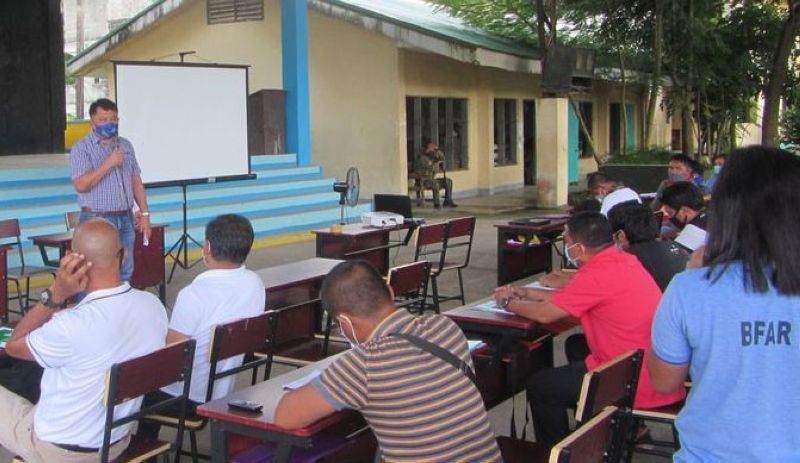 THE Bureau of Fisheries and Aquatic Resources (BFAR) is conducting a 15-day Fish Examiners Training Course to boost the anti-illegal fishing campaign in the region, a top BFAR official said.

“There are classroom instruction and field exposure to put into practice what they have learned,” Velayo said.

Velayo said the training is to produce Fish Examiners for law enforcement capability enhancement of the municipal government of Sindangan and “to increase the number of licensed Fish Examiners in Region 9.”

He said it also aimed “to have Fish Examiners at strategic locations, which are accessible, as the need arises, willing to assist apprehending officers in the filing of blast-fishing cases in court.”

He said the training has 41 participants comprising mostly of sea watchmen (Bantay Dagat) from Sindanagan. The rest are policemen and selected BFAR technical staff from the provinces of Zamboanga del Norte, Zamboanga del Sur and Zamboanga Sibugay.

Sindangan Mayor Rosendo Labadlabad, who is active in the anti-illegal fishing campaign, facilitated the conduct of the 15-day training, according to Velayo.

He said that Sindangan is one of the coastal towns in the region with reported illegal fishing activities where blast fishing is a problem in their municipal waters.

“Due to its serious intent to combat such illegal and devastating fishing method, Mayor Rosendo Labadlabad requested and for their municipality to host the training,” Velayo said.

He said the training is also in line with the 57th Fish Conservation Week, which reeled off Monday, September 14.