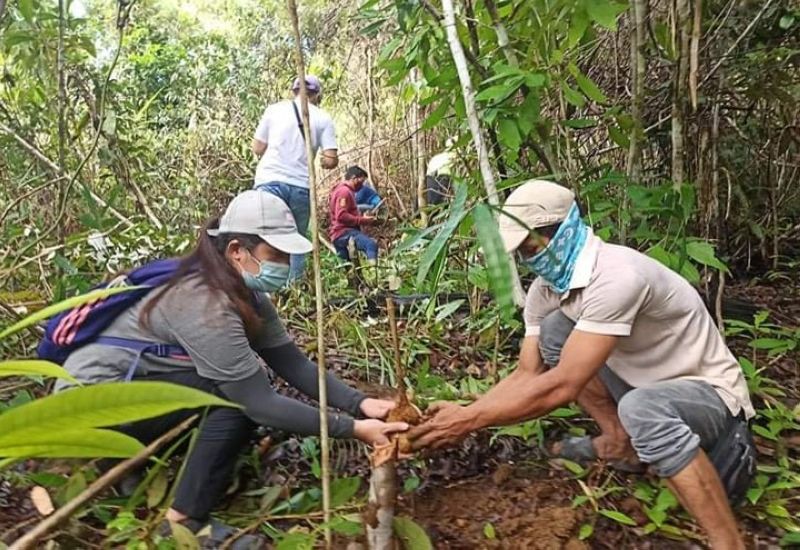 OFFICIALS and personnel of the Community Environment and Natural Resources Office (Cenro) in the towns of Manukan and Siocon, Zamboanga del Norte have planted 404 bamboo culms as they joined the celebration of the 11th World Bamboo Day on Friday, September 18, 2020.

The remaining 200 bamboo culms were planted by personnel of Cenro Siocon in the municipality of Baliguian in the same province.

Babaran said bamboo was once considered a plant of less importance, “but today people consider it very beneficial to the community, economy, climate and environment.”

Babaran said bamboo is valued for its ecological benefits since it absorbs greenhouse gases, insulates carbon dioxide from the environment and produces 35 percent more oxygen than its equivalent tree size. It is considered today as “green gold” due to its economic value.