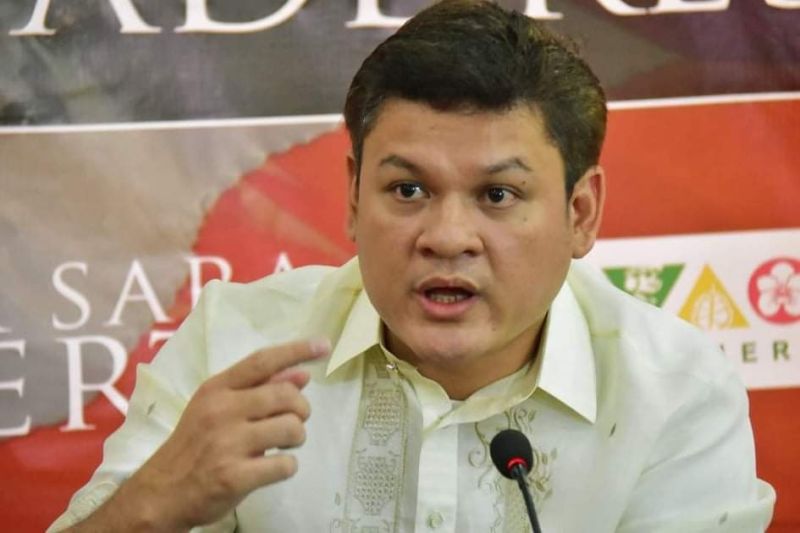 DAVAO City First District Representative and House Deputy Speaker Paolo Duterte said he is distancing himself over the issue of House leadership and budget allocation within the House of Representatives.

Duterte said in a statement on Sunday, September 20, that he had been receiving messages from some members of the lower House expressing their "disappointment and consternation over the fate of their respective allocations and budgets from the hands of the current House leadership.”

He said that with Congress continuing to face issues on budget allocation, he opted not to get involved in the issue.

"Now as Congress continues to be hounded by the issue of budget -- something that finds its way up to the current House leadership, how it treats its members, how it approves allocations and budgets with fairness or lack of it--let me reiterate my position. I do not want to get involved," Duterte said.

The deputy speaker did not name any lawmakers involved in the issue.

Duterte said as much as he wanted to be involved in addressing the issue, he "cannot discount the fact" that he is "a Duterte.”

"Although I am an ex-officio member being a Deputy Speaker, I have respectfully and clearly told them that their concern is something that I would rather stay away from -- out of delicadeza, because my father is the president," he said.

"Anything that comes out of my actions or mouth could be construed or manipulated as having the blessing of my father. And so I would rather suffer or work in silence rather than sacrifice the supposed independence of the House from the Palace," he also said.

Duterte is the eldest son of President Rodrigo Duterte.

Duterte, however, said he wishes to help his fellow lawmakers find answers to their questions or remedies to the budget that they proposed for the people.

"Most of these concerns shrouded doubts over the process and mistrust of the lawmakers ruling the House, those who are acting as if they are bigger than their colleagues," he said.

He reiterated that he will leave the issue to the involved House members as "it is within their rights as elected officials to come up with a favorable solution to an issue that could badly impact the development of their districts and their people."

"As a collective body, the members of Congress have the power to change the course of which the leadership is leading them to and address a problem to ensure that the programs and projects for their people are delivered and delivered expeditiously, he said.

"The members of Congress have the power to correct everything that they perceive as wrong happening within the Lower House or change leadership as they demand fair treatment and reforms," he added.

In case the House members will be pushing for a change in the leadership because of the issue, Duterte said he will be among the casualties since he is the deputy speaker.

"I am ready to accept the consequences,” he said.