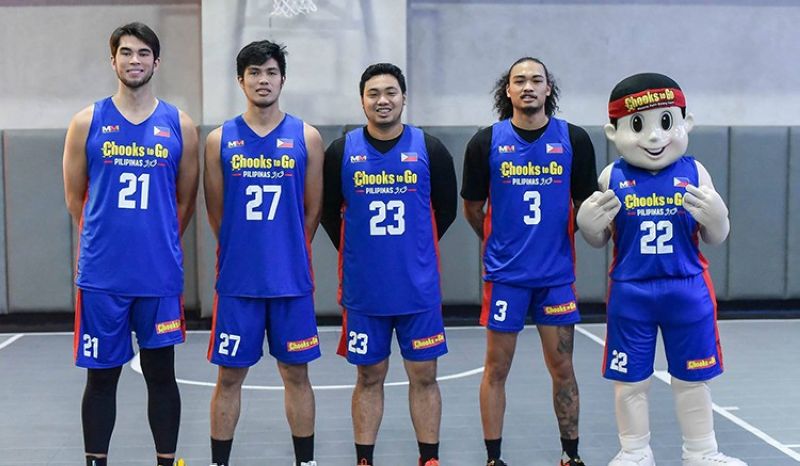 Any team that gets to take on Zamboanga in the finals of the Chooks-to-Go Pilipinas 3x3 President’s Cup will receive a bonus of P100,000. (Chooks-to-Go photo)

The Chooks-to-Go Pilipinas 3x3 President’s Cup has upped the ante with the announcement that any team that faces off against the Family’s Brand Sardines-Zamboanga City in the finals will receive a whopping P100,000.

That is on top of the P100,000 cash prize that is being dangled in each of the four legs of the President’s Cup, giving the 11 other competing teams to go even harder in the country’s first-ever professional 3x3 league.

The development is the part of the league’s bid to sharpen the Philippine men’s national 3x3 basketball team, which is composed of the core of the Zamboanga squad. These are Cebuano forward Leonard Santillan, Joshua Munzon, Alvin Pasaol and Troy Rike.

The caveat is that Zamboanga City must also have to make it to the Finals. If not, the first-place team will bag PHP 100,000 while the second and third-placed squad will pocket PHP 30,000 and 20,000 respectively in this tournament that is also ranked level seven by the International Basketball Federation.

“This season of Chooks-to-Go Pilipinas 3x3 is really to help our national team get ready for the Olympic Qualifying Tournament in Graz, Austria next year. We can’t just let them train without actually facing competition. It won’t make sense,” said league owner Ronald Mascariñas.

“But we also have to reward the teams that have taken the time and effort to face them. That is why we raised the stakes for our first conference,” he added.

The OQT was supposed to be staged last March 18 to 22 in Bangalore, India but was postponed because of the COVID-19 pandemic.

The President’s Cup is tentatively set to start on October 2 at the Inspire Academy in Laguna while the second leg immediately takes place on October 4. Legs 3 and 4 are slated on October 16 and 18, respectively.