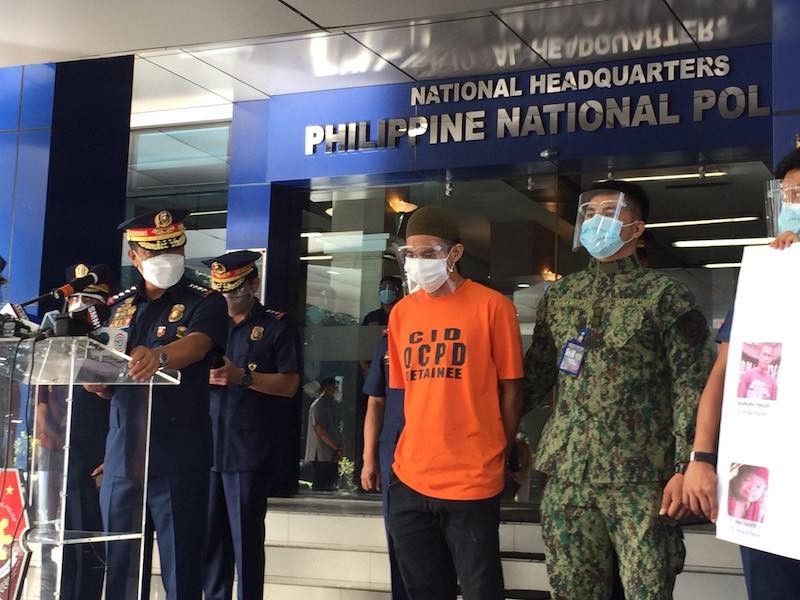 AUTHORITIES arrested an alleged recruiter of the terrorist group Daulah Islamiya in an operation in Fairview in Quezon City on Saturday, PNP Chief Camilo Cascolan said on Monday, September 21, 2020.

He yielded a caliber 45 pistol with a high-capacity magazine, a hand grenade and three pieces of P1,000 bills.

Cascolan said Madrinan serves as the contact person and Luzon liaison officer of the Daulah Islamiya members coming from Maguindanao under Esmael Abdulmalik aka Abu Turaife and Salahuddin Hasan aka Abu Salman; and those coming from Sulu under Mundi Sawadjaan.

“He assumed responsibility as Luzon liaison of Daulah Islamiya after the arrest of Datu Omar Palte aka Allan Palty in Quezon City in January 1, 2020. Madrinan is also responsible for the recruitment of Balik-Islam converts and facilitating their travel to Mindanao for training and jihad exposure,” said Cascolan.

He added that Madrinan has links with Yusuf Macoto of Cavite and Muhammad Paras of Bulacan, but he was left behind in Luzon when Macoto and Paras joined Daulah Islamiya forces in the siege of Marawi City in 2017. Both Macoto and Paras died in Marawi.

Cascolan assured that border controls are strictly being implemented and Madrinan’s arrest does not mean other terrorists have penetrated the National Capital Region.

Cascolan also assured that the police is in close and continuous coordination with the Muslim community for the arrest of other terrorists. (SunStar Philippines)