Robredo: Martial law history not up for debate 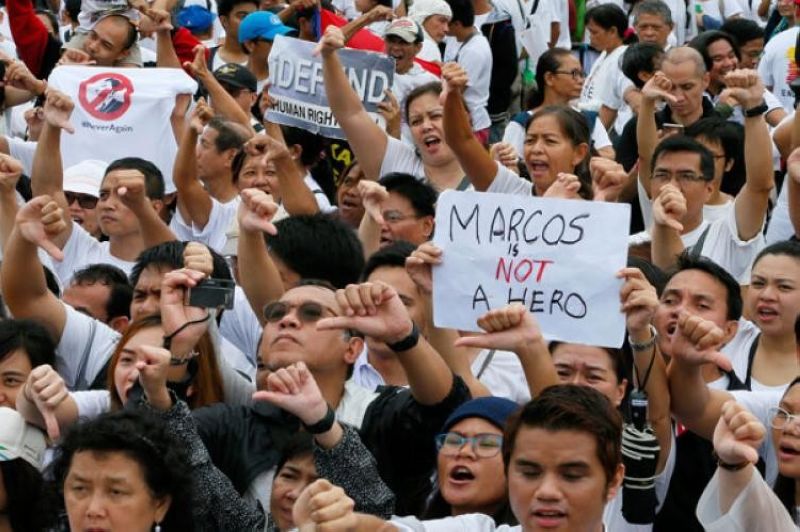 AMID the proliferation of fake news about the martial law years, Vice President Maria Leonor “Leni” Robredo on Monday, September 21, 2020, urged Filipinos to stick to the facts.

She said martial law history is not up for debate because it happened in real life.

"These truths know no political color, but come starkly in the black and white of our lived experience as a nation. Walang debate dito; nangyari ito," Robredo said in a statement.

"And those who attempt to tell us otherwise are not only merely telling a supposed version of the story: They are lying to our faces, stealing our truths from us, stealing our stories. Because without these truths and stories, we will be further divided, at mas madaling magtatagumpay ang mga pagtatangkang abusuhin muli tayo," she added.

The late dictator Ferdinand Marcos declared martial law on September 21, 1972. This was lifted only in January 1981.

In a Facebook post on Sunday, Lagman urged Filipinos to remember the tragedies brought by the martial law.

"We are only one of the tens of thousands of families who are still endlessly waiting for justice. For many Filipinos, Martial Law was not only a bad dream, it is a continuing nightmare,” he said.

“We should not forget the tragedy of martial law. We should not forgive the perpetrators and beneficiaries of Martial Law. National amnesia must be purged as an abhorrent malaise. Never again!” the lawmaker added.

Amnesty International and Task Force Detainees of the Philippines said there were 3,257 known extrajudicial killings, 35,000 people who were tortured, 77 incidents of forced disappearances, and 70,000 arrested and detained. (SunStar Philippines)