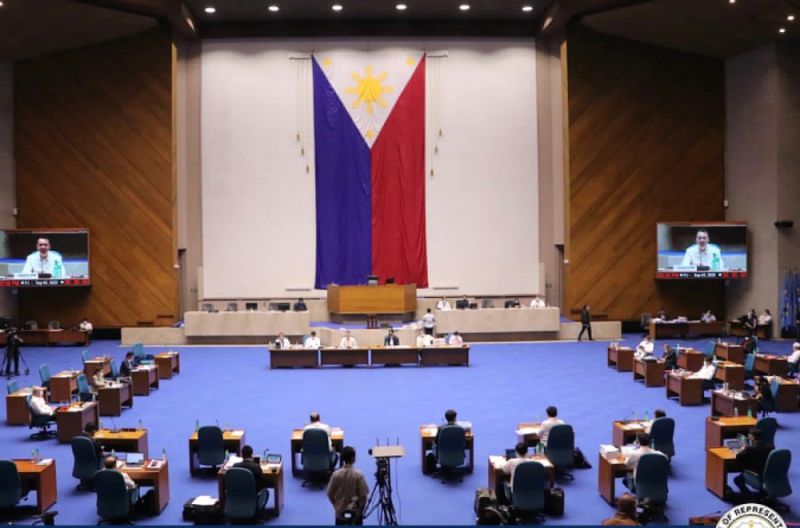 THE House of Representatives plenary session ended after only 18 minutes on Monday, September 21, 2020, without any member moving to oust Taguig-Pateros 1st District Representative Alan Peter Cayetano as House Speaker.

Both Cayetano and Deputy Speaker Paolo Duterte, who confirmed having sent text messages threatening to declare leadership posts as vacant, did not attend Monday’s session.

Cayetano is supposed to serve as Speaker until October 2020 under a term-sharing agreement reached with Marinduque lone district Representative Lord Allan Velasco and endorsed by President Rodrigo Duterte.

In a statement Saturday, Presidential son and Deputy Speaker Paolo Duterte said he had been receiving several complaints from House members expressing their "disappointment and consternation over the fate of their respective allocations and budgets from the hands of the current House leadership.”

Duterte assured that all his actions have the approval of his father President Rodrigo Duterte.

"Anything that comes out of my actions or mouth could be construed or manipulated as having the blessing of my father. And so I would rather suffer or work in silence rather than sacrifice the supposed independence of the House from the Palace," he said.

"The Majority Leader [Romualdez] noted the President nodding with approval and clearly wanting the Speaker to carry on with the priority legislative agenda of the Palace," the statement read.

The President had endorsed a term-sharing deal between Cayetano and Velasco.

In February 2020, Cayetano said he will "honor" his term-sharing agreement with Velasco.

However, Cayetano, on September 6 insinuated that there is a need for government leaders to have a discussion whether they will replace him as House Speaker or focus on bills that will strengthen the government’s anti-Covid response.

“We don’t really know what will happen in the future at magkakaroon pa ng caucus yan at pag-uusap sa ating Pangulo. But I’d rather right now really focus din sa [on the national] budget,” he said.

ACT-CIS Partylist Representative Eric Go Yap said Monday that he was confident that Cayetano will retain his position.