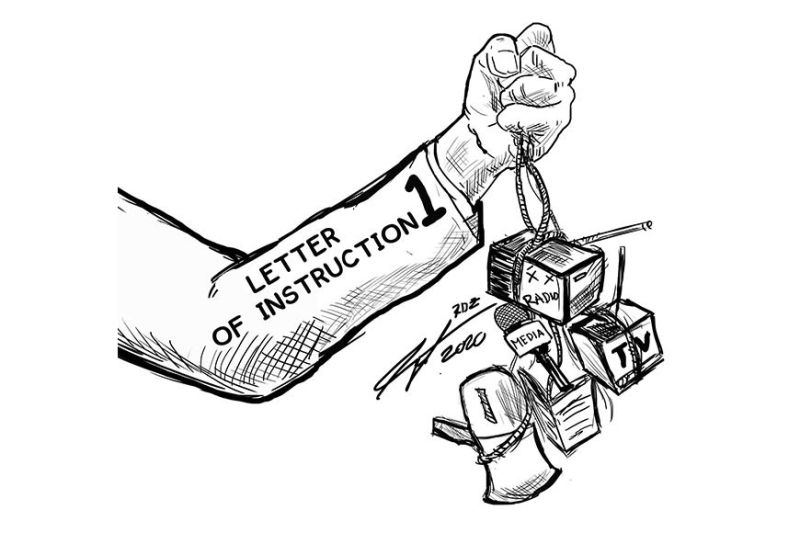 DAYS into the Cebu Press Freedom Week, September 22 also marks the dictator’s Letter of Instruction (LOI) 1, signed in 1972—in plain analogy a crook move of subduing the house watchdog before carrying out a crime. It’s the raison d’etre for all these exercise of remembering. Today marks the dictatorships’ first official offensive against the press.

LOI 1, entitled “Prevention of the use of privately owned media facilities and communication.” The instruction goes directly to the Secretary of National Defense “to take over and control or cause the taking over and control of all such newspapers, magazines, radio and television facilities and all other media of communications, wherever they are, for the duration of the present national emergency, or until otherwise ordered by me or my duly designated representative.”

Thereafter, the Philippine’s free press fell into a static. It didn’t help to turn the television dial; all the citizens could ever see in all channels was President Ferdinand Marcos himself, and all the sunny sound bites of his new society.

Thus started the disconnect—citizens insulated in the reality of government media held the belief that the country was in its golden years, while elsewhere, tucked away from official narrative, were the grim and dark tales of the regime—of warrantless arrests, torture, massacres, abuse and plunder. It was only when freedom was won in 1986 when the true stories of Martial Law sprang in deluge. Today, no amount of networked propaganda can change documented facts, cases that have been decided on by the Supreme Court. That there is a multitude of claimants lining up for monetary remuneration for the atrocities done by the regime on their loved ones must be testament enough that, fair and square, there was crime that needed to be paid for.

Remembering LOI 1 could be key to understanding some context in this week’s exercise. Six days after, the first instruction turned more tangible with LOI 1-A, which specifically ordered the “seizure” and “confiscation” of ABS-CBN for reasons that its “owners, principal officers and key personnel are engaged in subversive activities against the Government...” It added that the station allowed its facilities and manpower to broadcast “subversive materials and of deliberately slanted and overly exaggerated news stories and commentaries as well as false, vile, foul and scurrilous statements and utterances.”

The station, said Marcos in his order, maligned and discredited the duly constituted authorities, promoted agitational propaganda campaign, and conspired with the Communist Party of the Philippines.

The writer Milan Kundera, in The Book of Laughter and Forgetting, says it rather succinctly: “The struggle of man against power is the struggle of memory against forgetting.”