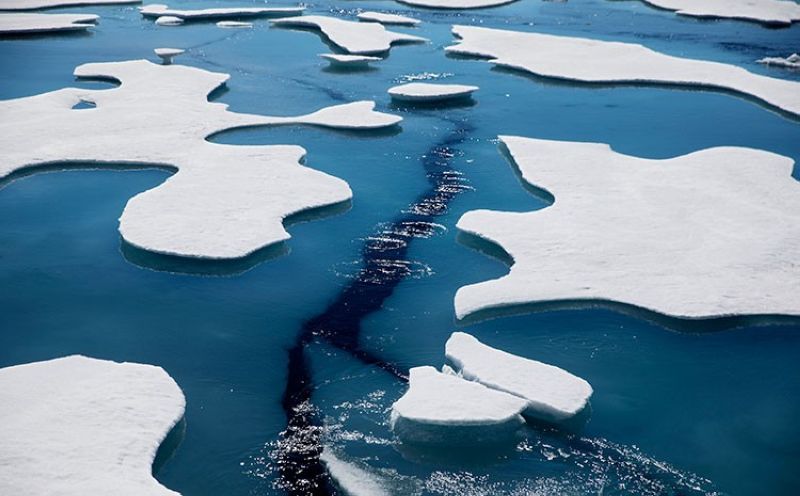 ICE in the Arctic Ocean melted to its second lowest level on record this summer, triggered by global warming along with natural forces, US scientists reported Monday.

The extent of ice-covered ocean at the North Pole and extending further south to Alaska, Canada, Greenland and Russia reached its summertime low of 1.4 million square miles (3.7 million square kilometers) last week before starting to grow again. Arctic sea ice reaches its low point in September and its high in March after the winter.

This year's melt is second only to 2012, when the ice shrank to 1.3 million square miles (3.4 million square kilometers), according to the National Snow and Ice Data Center, which has been keeping satellite records since 1979.

Data center director Mark Serreze said a Siberian heat wave last spring and a natural Arctic climate phenomenon were at play, as well as the warming from the burning of coal, oil and natural gas. Temperatures for much of the year were 14 to 18 degrees (8 to 10 degrees Celsius) above normal in the Siberian Arctic.

“Absolutely, we’re seeing climate change at work because the warm summers become warmer and the cold winters aren’t as cold as they were,” he said, noting there's been a downward trend over the last decade, with slight jumps up and down due to natural forces.

Studies show that the warming of the Arctic and the melting of sea ice change weather further south, by altering the jet stream and other waves that move weather systems. It’s been connected to increased winter storminess in the Eastern United States, said climate scientist Jennifer Francis of the Woodwell Climate Research Center in Woods Hole, Massachusetts.

“What happens in the Arctic, as we say, doesn't stay in the Arctic,” Pennsylvania State University climate scientist Michael Mann wrote in an email. “We see the impact of Arctic warming in the form of unprecedented heat waves, floods, droughts, wildfire that we are now contending with here in the US and around the rest of the world." (AP)