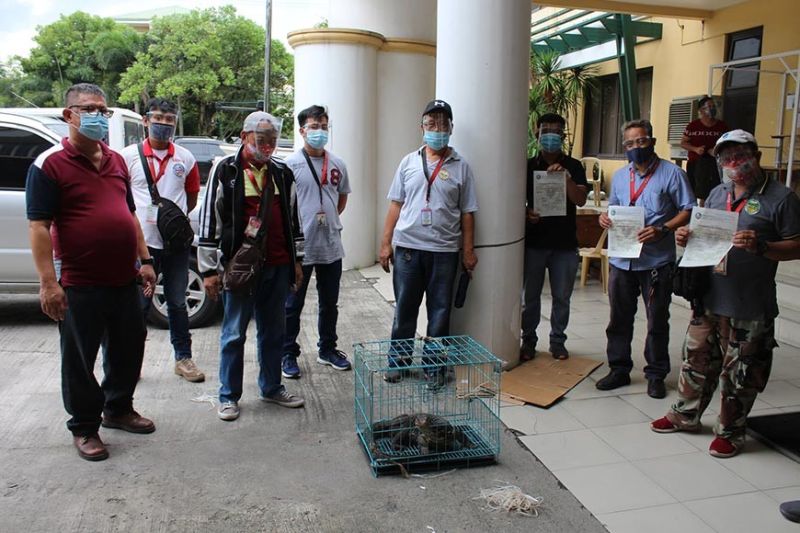 PAMPANGA. Cenro OIC Archie Lazatin turns over the rescued bayawak to the DENR-Central Luzon after it was reported by a concerned citizen from Barangay Capaya, Angeles City. (Angeles City CIO)

THE Angeles City Government, through the City Environment and Natural Resources Office (Cenro), helped rescue a "bayawak" or a monitor lizard that was found wandering on the streets of Barangay Capaya on September 17.

Gilbert Tayag of Purok 3, Barangay Capaya became concerned after seeing that the lizard was being harassed by a couple of residents in the area.

After a successful rescue and retrieval operation, the members of Cenro then turned over the lizard to the Department of Environment and Natural Resources (DENR) in Central Luzon.

Mayor Carmelo Lazatin Jr. commended Tayag and members of Cenro for their efforts in rescuing the animal.

He also urged other residents to immediately report similar incidents in order to protect these animals, and return them to their natural habitat.

This species is endemic to the Philippines and can be found in various islands, including Northern and Central Luzon, Batanes Islands, Lubang Islands, and Babuyan Islands.