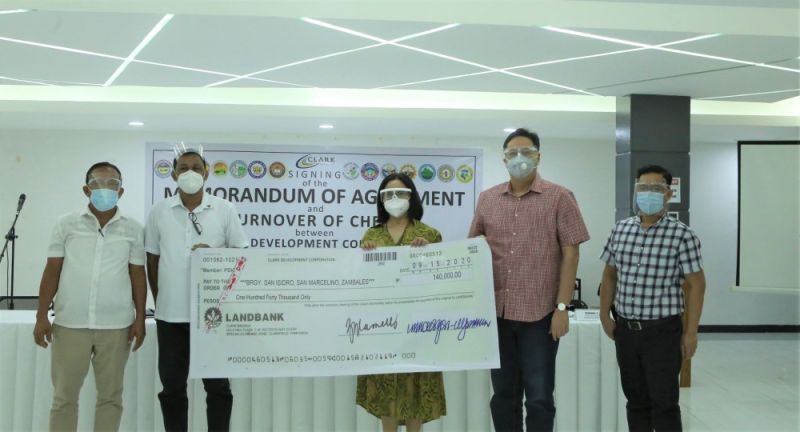 San Marcelino, Zambales Association of Barangay Captains (ABC) President Romeo Jalasco and village chief Eddie Domingo, who were also signatories in the MOA, were present and received the checks for the students. San Marcelino has 18 villages.

In his speech during the activity, Manankil expressed elation over the state-owned firm's partnership with the communities of San Marcelino, Zambales in supporting deserving students.

Manankil also shared that the Freeport may also offer career opportunities to students should they continue to excel in their studies.

"You have to take this opportunity and treasure it and make sure that you finish your courses. Kasi pag natapos kayo, there will always be an opportunity for you especially here in Clark," he said.

The student-beneficiaries from the said barangays were the second batch of recipients who were granted assistance through the CSR-educational program of CDC. Last month, 28 students from Nueva Ecija also benefited from the same grant.