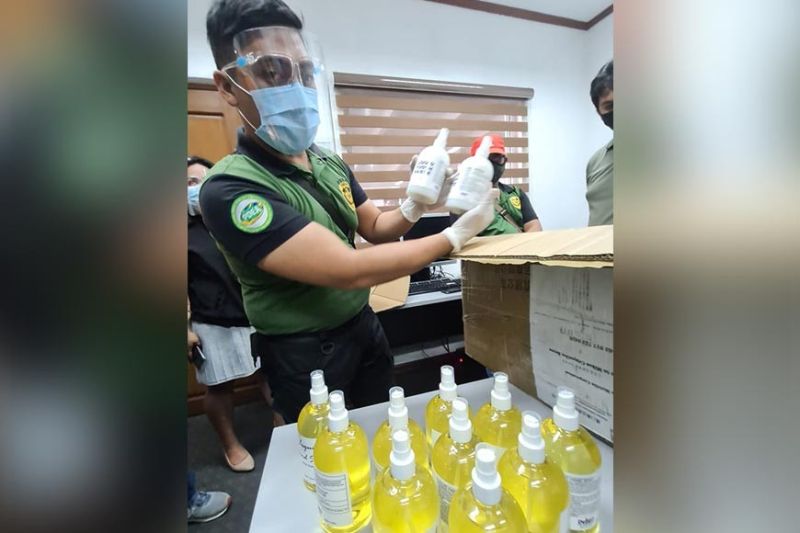 The parcels were intercepted at a courier firm at the Clark International Airport (CRK).

Port of Clark District Collector Atty. Ruby Alameda said the parcels are consigned to Metro Mobilia Corporation with business address in Alabang, Muntinlupa City. It was declared as toothbrush and hygiene kits such as toothpaste and liquid soap.

Alameda said the cargoes were shipped via courier from China but were put on hold due to suspicion that they had illegal substance inside as the point of origin of the parcels was included in the country tagged as red flag by the BOC and PDEA.

When checked, two bottles of liquid soap and toothpaste were found positive of marijuana after series of laboratory tests at the PDEA headquarters, said Joseph Samson, chief of PDEA stationed at CRK.

Three persons who claimed the packages, through an authorization letter from Metro Mobilia Corporation, were identified as Leonardo Gabalfin Jr., Frederick A. Juan and another one whose name was not mentioned in the report.

MMC representatives who have been placed under PDEA custody after they claimed the parcels said the shipment was a legitimate business transaction between MMC and supplier from China.

MMC representative who declined to be named said the cargoes would be shown to the Department of Education (DepEd) after the company won in the bidding to supply hygiene items to different government schools across the country at P375 million contract price.

"We won in the DepEd bidding to supply hygiene items to be distributed to different public schools with P375 million contract cost," the unidentified MMC representative told reporters shortly after they were held by BOC and PDEA.

Samson said two bottles of liquid soap and liquid toothpaste had been tested positive for marijuana.

He said laboratory procedures were ongoing for the remaining bottles of liquid sanitary items.

Meanwhile, a BOC examiner said that K-9 illegal drugs sniffing dogs deployed at the airport sat on the parcel, indicating that prohibited substance was inside the box.

The bottle of liquid hygiene and sanitary item bear the officials logo of DepEd. (Chris Navarro)