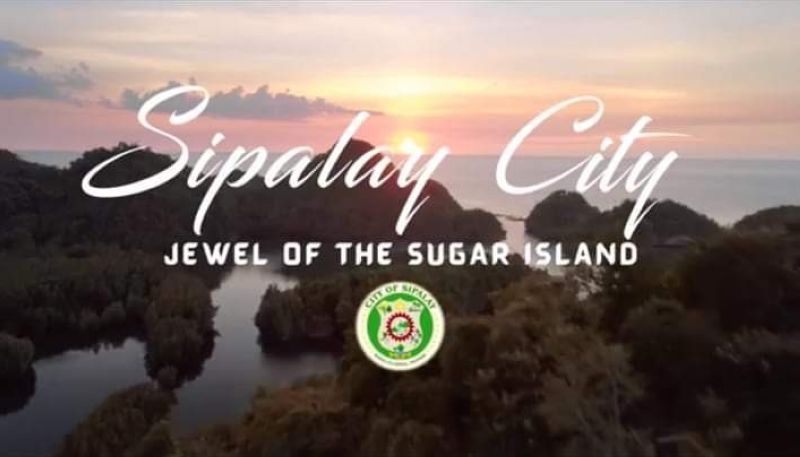 BACOLOD. A screenshot from the marketing video of Sipalay City, the big winner at this year's Tourism Excellence Awards held during the virtual opening ceremony of the 20th Negros Occidental Tourism Week Tuesday, September 22, 2020. (Contributed Photo)

NEGROS Occidental Governor Eugenio Jose Lacson has urged Negrenses to help revitalize tourism in the province amid the challenges brought by the coronavirus disease (Covid-19) pandemic.

Lacson, in his message during the virtual opening ceremony of the 20th Negros Occidental Tourism Week Tuesday, September 22, said the pandemic has put the tourism industry in a virtual standstill.

This year's event reminds Negrenses to do their part in revitalizing the local tourism amid the challenges posed by the global health crisis, he said.

The governor added that the Provincial Government will be strongly committed to this task.

"I encouraged all those involved in the tourism sector to explore how to best use our resources so we can recover swiftly while keeping in mind the health and safety of our fellow Negrenses as well as our visitors," he noted.

Highlighting the opening ceremony was the Tourism Excellence Awards 2020, recognizing the top local government unit (LGU) performers in the field of tourism.

Sipalay City was the big winner, romping off with two of the top three awards such as Best Tourism Office and Best Tourism Marketing Video.

Its tourism officer Jerick Lacson told SunStar Bacolod that this is a testament on how the local tourism industry especially in Sipalay City is doing its best to recover from the downfall brought by the pandemic.

"This is a sign of hope that with all the support of the frontliners and stakeholders, we will soon have a safe and sustainable future for Sipalay City and Negros Occidental," he added.

The awards for Best Tourism Officer, on the other hand, went to Amirose Lavilla of Calatrava town and Helen Cutillar of Sagay City.

Other winners for Best Tourism Office were Cadiz City and San Carlos City in second and third place, respectively.

The Provincial Government, through the Negros Occidental Tourism Division, also recognized the top 10 contributing LGUs in terms of tourist arrivals in 2019.

For her part, Department of Tourism-Western Visayas Director Helen Catalbas said that Negros Occidental celebrating its tourism week at the height of a pandemic is doubly commendable.

"To the excellence awards winners, keep the fire of tourism burning in your hearts and minds for the sake of yourselves, your families, our region, Western Visayas and our beloved country, the Philippines," she added.

Other events during the opening day were the launching of the coffee table book "Halin sa Kusina": Food Stories from the People of Negros Occidental written and illustrated by Jo Anne Coruña.

The activity will also include the ceremonial unveiling of the LGUs' tourism signage at the Panaad Park in Barangay Mansilingan, Bacolod City and the re-launch of the song “Sa Negros, may Tubo kag Madamo pa” [In Negros, there's Sugar and More] on September 24.

Other events for the rest of the week are tourism webinars, photo exhibit dubbed "Iron Dinosaurs in Sugarlandia: Through the Lens of a Tourist", and a virtual tour of Negros Occidental. (With reports from PNA)