Ordinance on immunization back to 2nd reading for review 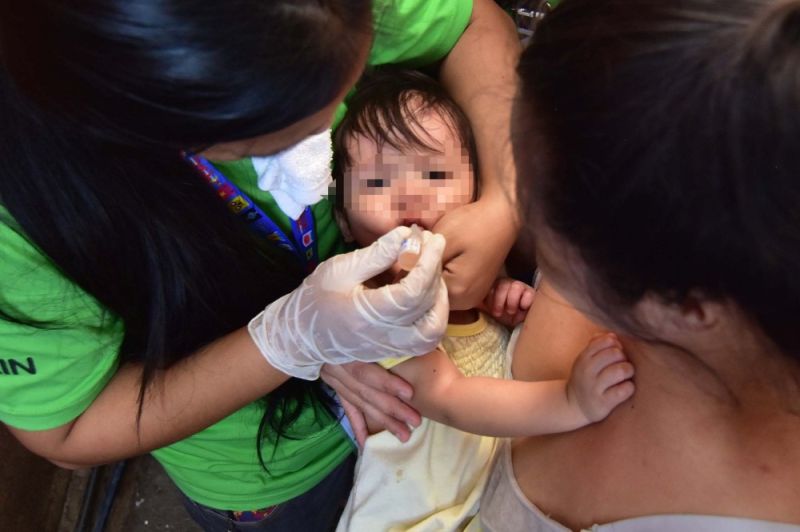 THE proposed ordinance for the mandatory immunization of infants and children in Davao City was reverted to second reading after certain individuals raised concern on some of its provisions.

The City Council passed the proposed ordinance on second reading on Tuesday, September 15. It was supposed to be passed on third and final reading, but failed.

Councilor Mary Joselle Villafuerte filed a motion for reconsideration to renaming the ordinance title to "An Ordinance Strengthening the Infants and Children Health Immunization Act through the Use of Early Child Care and Development (ECCD) Card".

This comes after the original title of the "ordinance for mandatory vaccination of infants and children in Davao City" was questioned by some concerned parents.

A group of concerned parents and educators launched a petition requesting the 19th City Council to postpone the passage of the proposed ordinance for the mandatory immunization of infants and children in Davao City.

SunStar Davao was able to trace the identity of the petitioner by the name of Joan Mae Soco-Bantayan.

Soco-Bantayan confirmed she is behind the online petition. She, however, clarified that it is not their aim to stop the passage of the ordinance. Hence, they are asking the local body to defer the item.

"We call for expanded education and information and due consultation process to the public since the previous hearings had not been made accessible to the citizens," she said.

"As parents and concerned educators, we are for informed decisions regarding vaccines. We do not believe that a vaccine is a be-all and end-all solution to our health problems and concerns," she also said, adding that existing health issues stem from our unhealthy lifestyles and way of living.

Soco-Bantayan called the mandatory ordinance "a threat to the freedom of individuals and families who want to make informed decisions regarding children’s health".

She added the ordinance, which is expected to be passed on third and final reading on Tuesday, September 22, has some vague and questionable provisions.

Admittedly, Soco-Bantayan said they were surprised that such an ordinance is being lobbied, adding that it lacks public consultation and lengthy study and research.

In a forwarded open letter signed by Soco-Bantayan and different parents and educators in the city, called for a review on the ordinance, conduct a "local and honest: investigation on the effects of current vaccination procedures and programs, and support for a healthy social life in Davao City by promoting free and well-informed decision-making processes especially for legislation that significantly affect children and their health.

"The proposed ordinance, on the contrary, fails to clearly articulate how it can serve the best interest of children in this crucial time of the pandemic," the petitioners said, adding that it is in contrast to the city's claim of being the "Most Child Friendly City" in the country.

They said the proposed legislation lacks sufficient and comprehensive basis "on the real situation of children’s health in the city".

The petitioners also questioned Section 10 of the proposed ordinance, wherein parents and legal guardians who refuse to have their children immunized will not be penalized.

Soco-Bantayan said they are confused about how they will make it mandatory when in fact it will not penalize guardians who will refuse their child to be immunized.

"The groundwork will have been made by the proposed ordinance for furthering more stringent laws regarding mandatory immunizations. It must be reiterated that studies regarding vaccines and vaccine-intervention programs and information that weighs its pros and cons have not been exhausted and made available prior to the creation of the ordinance," she said.

Soco-Bantayan said Villafuerte immediately reached out to her days after the online petition circulated.

Villafuerte, who heads the committee on health, explained that the ordinance aims to make immunization of qualified infants and children mandatory to curb the spread of vaccine-preventable diseases.

Villafuerte said the ordinance aims to increase and strengthen the city's immunization program.

Despite the existence of the Republic Act No. 10152, or the Mandatory Infants and Children Health Immunization Act of 2011, the city still has a low turnout of immunized children.

Villafuerte, on Monday afternoon, initiated a video conferencing consultative meeting, wherein the petitioners, representatives from the City Council, City Health Office, and other health professionals were invited to hear each party's side on the proposed ordinance.

Inputs from the meeting were gathered, according to the councilor, was their basis in amending the proposed ordinance.

Despite this, Councilor Pamela Librado-Morata, during the regular session on Tuesday, September 22, said she wanted the proponent to reconsider its passage to give way for further consultation and study.

"I, as a mother, have chosen to vaccinate my children, but it does not preclude me from dismissing the legitimate concern of others," Librado-Morata said.

Immunization is a public issue, and the choice for consent and access must be considered, the councilor said.

Librado-Morata said the hesitation of some parents to vaccinate their children is understandable due to the issue of the Dengvaxia vaccine.

However, Villafuerte pointed out that Librado-Morata can actually file a separate ordinance amending the former's ordinance since it will still be scrutinized by the City Legal Office before it will be signed by the City Mayor for enactment.

Eventually, the Council voted for the item to be reverted back to second reading for further consultation and hearing.