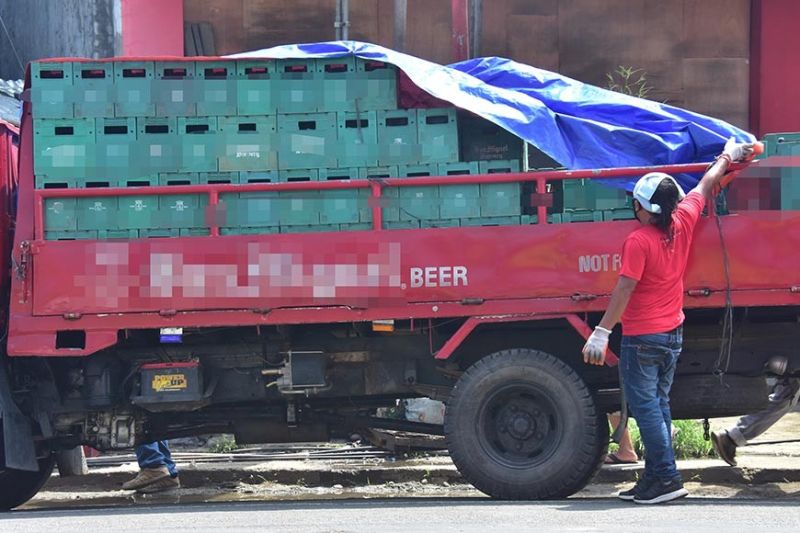 DAVAO City Mayor Sara Duterte-Carpio revealed that the city's medical consultants are not in favor of lifting the liquor ban amid the city's current battle with the Covid-19 pandemic.

"Dili baya pabor atong doctors anang paglift sa liquor ban but syempre kinahanglan nato balansehon ang negosyo and ang pandemic (Actually, our doctors are not in favor of the city lifting the liquor ban. But we also need to set a balance between our economy and our response to the pandemic)," Duterte-Carpio said on Monday, September 21 in a radio interview via 87.5 FM Davao City Disaster Radio.

Duterte-Carpio said previously that there is a need to gradually allow business establishments to resume operations including businesses in the liquor industry, as the city is now under modified general community quarantine (MGCQ).

The mayor, on the same day, issued Executive Order (EO) No. 50 lifting the ban.

However, it was clarified in the EO that even though the 24-hour liquor ban has been lifted, the existing liquor ban of the city remains.

According to ordinance No. 004-13 series of 2013, which amends Ordinance No. 1627 series of 2014, the selling, serving, or consuming of liquor and any other alcoholic or intoxicating drinks in public shall be prohibited from 1 a.m. to 8 a.m.

The EO also stated that those that remain under the negative list of the Department of Trade and Industry (DTI) shall remain closed.

Despite the lifting of the 24-hour liquor ban, the mayor said establishments and servings are still regulated.

According to DTI's guidelines, beerhouses and similar establishments whose primary business is serving alcoholic drinks (e.g. nightclubs, bars, beer garden, etc.) are still not allowed to operate under any form of community quarantine.

To prevent the exposure of individuals to the Covid-19 virus through drinking sessions, the 24-hour liquor ban in the city was implemented on April 6, 2020. The city then was placed under enhanced community quarantine.

With the lifting of the liquor ban, the mayor urged the public to drink within their residences, and avoid inviting friends and other people in a drinking session.

Duterte-Carpio has repeatedly warned against drinking sessions due to the high risk of Covid transmission.

The mayor had previously said that Covid-19 transmissions have occurred in drinking sessions based on the contact tracing.

Lopez said they have not reported any violators for now. However, he still reminded them of the reverted 1 a.m. to 8 a.m. liquor ban.

He also reminded the public that the lifting of the liquor ban does not mean for the public to be complacent as Covid-19 is still around.