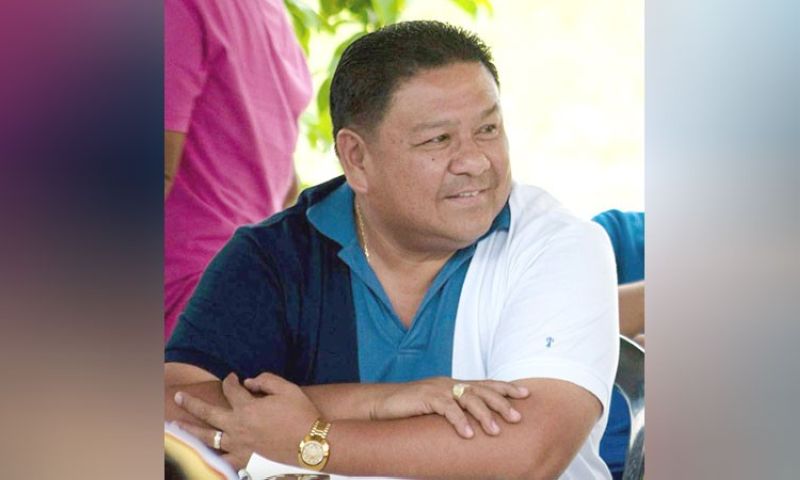 MARLON was born on June 3, 1962, the sixth child in our family. He was a handsome little boy with big round eyes. Compared with his other siblings, Marlon grew up with no major incidents that I can remember. He loved to spend time with our next-door neighbor boys Jun and Jojo Jabines, climbing fruit trees, playing with marbles and rubber bands, and all sorts of games little boys could think of. They would eventually develop a lifetime friendship even after they went their separate ways in college.

My brother was peace-loving and fiercely loyal. When I looked into his eyes, I saw a sad, wistful look and oftentimes I wondered what he was thinking. He loved to listen to music, and he once told me he enjoyed George Benson’s songs. Whenever I hear George Benson, I would think of Marlon.

Long ago in the days of snail mail, I had a boyfriend who lived abroad and we would write to each other every day. Every time I came home from college, Marlon would take a daily jeepney ride to the post office and he would faithfully mail my letters for me. I will never forget how he so willingly did that for me. He was very loving and caring. I remember he would love to put his arm around my neck especially when I first arrived home for semestral break.

Days flew by and the time came for me to leave for the United States to study. At the airport, while frenziedly trying to get to the gate, I heard my name being called out by the airport public announcement system, asking me to go to the airline desk. I picked up the phone and I heard Marlon’s voice. He wanted to say goodbye since he was still asleep when I left our house at early dawn. I wept.

In the States, I received a very happy letter from Marlon. He told me he had met a beautiful college student at Silliman University. Soon after, he got married to Laura Domingo while still in college. They have two wonderful children: John John Garcia and Teresa Garcia Anderson (Teza). Marlon loved his children passionately and was a devoted father to them.

After he completed his college degree from Silliman, Marlon then pursued a Bachelor of Laws degree from the University of San Carlos. He was assigned as a legislative officer at the House of Representatives from 1987 to 1989.

Around the early 1990s, Marlon’s family moved to the United States. The marriage would eventually fail, with Marlon initially moving back to the Philippines where he served as assistant vice president of AMA Computer College for Cebu operations.

Towards the end of the 1990s, Marlon moved back to the United States where he served as contracts manager at the University of Houston from 2000 to 2005. In 2005, he decided to go back to the Philippines for good. 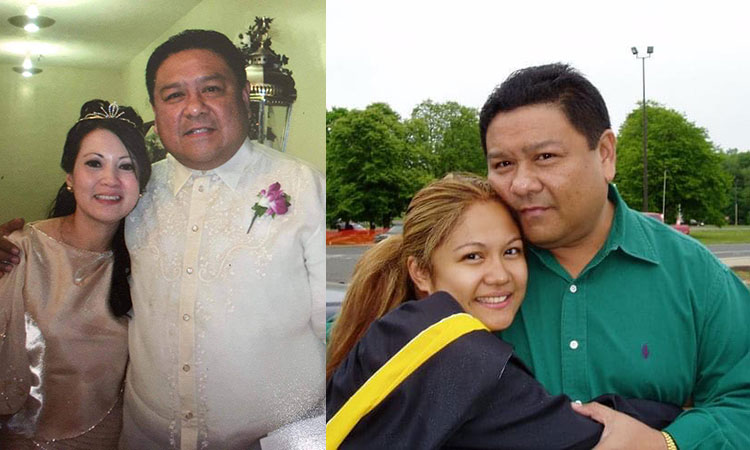 (Pictures of Marlon and wife Jima, with family, and Marlon in Barili town.)

Marlon visited the United States to attend his daughter Teza’s wedding in 2008. En route to New Jersey, he stopped by California with his friends where he met the beautiful Jima Tiano. A spontaneous combustion occurred. In the days that followed, it seemed almost unbearable for them to be far away from each other with Marlon in Cebu and Jima in Los Angeles. They eventually broke through the barriers and found a way.

It was serendipity that my high school classmates and I planned for a reunion in the Los Angeles area for a long weekend in September 2009. On my way to LA, I received an email from Marlon that he wanted me to be “by his side” to attend his wedding in Los Angeles County on September 12, 2009. I was almost incredulous and answered, “You won’t believe this, but I will actually be there during that date!” What were the odds of me being in the same area during that specific window of time? It was yet another confirmation that God does indeed order our steps and our times are in His hands.

Jima was a beautiful, radiant bride, and as she walked down the aisle, she had tears of happiness with her eyes totally fixed on Marlon. I knew from that moment that they shared a very special bond of love for each other. Alfonso was born soon afterwards. The new family settled in Nasipit, Barili. Marlon and Jima were immensely devoted to each other. I witnessed during our family tour of Europe in 2017 how they were so happy together, almost caught up in their own world. Marlon doted upon their young son Alfonso. He could not give him enough hugs and tender words.

In 2013, despite all odds, Marlon was elected vice mayor of Barili. At that time, our sister Gwendolyn also carried the district as congresswoman. This was the year that marked the beginning of public service for Marlon. Daddy said that Marlon was a naturally-gifted politician. He knew how to engage a crowd with his elocution and commanding presence. Added to this were his organizational skills that eventually landed him the top official position of Barili, that of mayor in 2016.

Marlon instituted vast improvements in the town. He was excited to work for the people every day, passionate in his quest for the upliftment of the townspeople’s lives. He also served the Province of Cebu as vice president for internal affairs of the League of Municipalities of the Philippines, Cebu chapter.

The Latter End of Marlon’s Days

Just as God blessed the latter end of Job in the Bible more than his beginning, I see the same parallel in Marlon’s life. After he married Jima, I saw his self-confidence and determination soar to new-found heights. This time when I looked into his eyes, all the sadness and wistfulness of his younger days have disappeared -- there was only happiness, contentment, and the joy of living a purpose-filled life.

Marlon was a doting grandfather to his grandkids: John-John and Hannie’s sons Blue and Nicolo, and Teza and Tyraun’s daughter Layla and son Tyler Jayden.

Through the gift of days and years given by God to Marlon, he lived life to the fullest in his latter days with Jima by his side.

The Gift of Marlon’s Life

Across time and space, a myriad stories are left untold by many people about our brother. I can only paint a limited landscape of him from a loving, sisterly perspective. Marlon touched countless lives, using the gifts endowed by God to serve his fellowman. On a personal level, he made an indelible imprint in the hearts of his family and friends by his gentleness, care and compassion. His life is a gift from God to all of us.