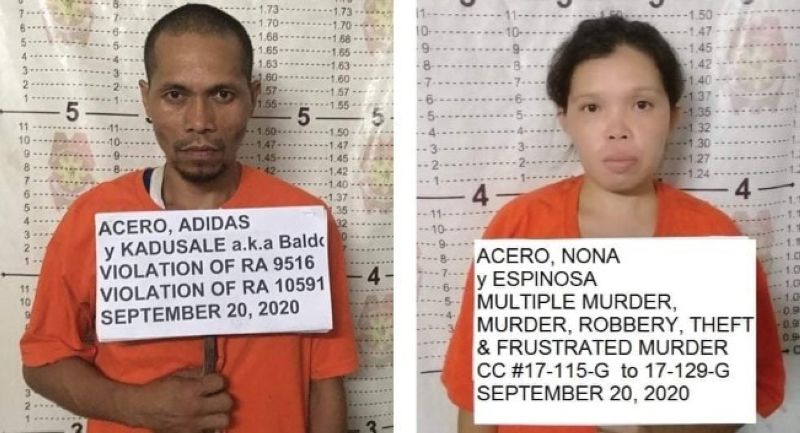 Espinona and Acero have seven warrants of arrest for various crimes.

Recovered from them were one Glock pistol, one caliber .45 pistol, two hand grenades and various subversive documents.

Major General Eric Vinoya, commander of the Army's 3rd Infantry (Spearhead) Division, said the arrest of two ranking officials of CPP-NPA was part of 3ID's aggressive and intensified campaign against insurgency and wanted persons in attaining a peaceful Negros Island.

"We are doubling our efforts and strategies to cease these communist terrorists from staging more terror. Our troops together with the PNP will be conducting more joint law enforcement operations to permanently disable not only their terroristic activities but also their organization," Vinoya said.

"The successful arrest of the high-ranking officials of the communist-terrorist group likewise shows that our government's anti-terrorism drive is effective. A breakthrough to our anti-insurgency effort and a major setback to the anti-peace and anti-people activities of the CPP-NPA Terrorist in the island of Negros," Vinoya added.