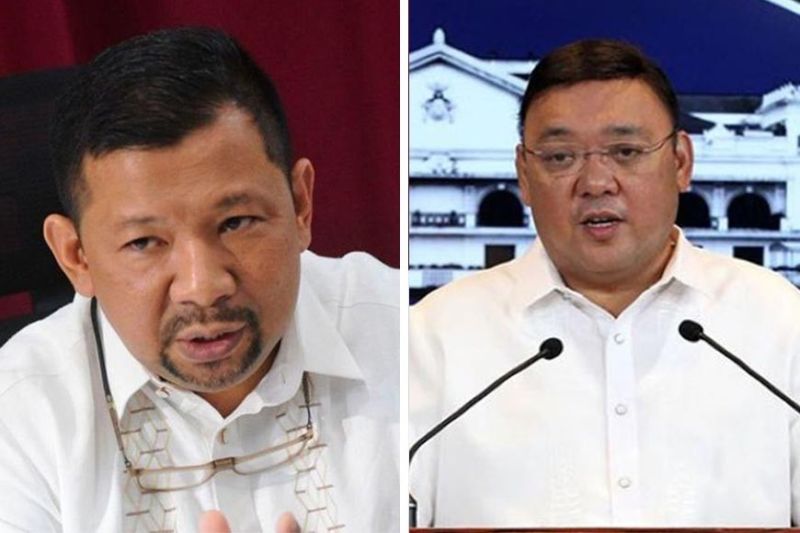 LAND Transportation Office-Central Visayas (LTO 7) Director Victor Caindec has denied the claims of a Malacañang official linking him to alleged corruption in the government office.

In a statement, Caindec instead blamed a “vehicle dealership group” for attempts to smear his name in order to silence an ongoing probe into the group’s alleged anomalous business practices.

Caindec said there seems to be pressure to no longer continue with his investigations.

In a press briefing on Monday, Sept. 21, 2020 held in Cagayan de Oro City, Presidential Spokesperson Harry Roque challenged a “transportation official based in the Visayas” to “shape up” as reports of the official’s alleged corruption have reportedly reached Malacañang.

Roque, in a national interview on Tuesday, was also quoted as saying Caindec is tied to anomalies on the delayed release of motorcycle plates and RFID stickers in the region.

“But if he is going to accuse me of being corrupt, then I would demand that I would be given a fair chance to present everything that is in our possession so we will know who is corrupt,” Caindec added in a press briefing on Tuesday, Sept. 22.

Caindec claimed Roque’s pronouncements were part of a “well-orchestrated act” to pressure him to stop an ongoing LTO 7 probe against a group of motorcycle dealers engaged in questionable practices.

According to Caindec, his “massive investigation” started with just one dealership.

When the lawyer of the dealership later presented himself as also the lawyer of another dealership, LTO 7 discovered that the group’s questionable transactions spanned five different networks all owned by a clan with “intertwined interests” in different stores, Caindec said.

“You know, when you start to uncover things like these that may come up to billions, there is obviously a lot of desire to silence you. Now, I think the first strategy is really to bring me out of my job, to embarass me,” he said.

Caindec claimed the dealers also attempted to bribe him to ensure the smooth flow of questionable documents submitted by them to the LTO 7.

“I was surprised because when the chairman of one company and the president of another company were requesting to meet me in my office without any LTO representatives, I took it as an opportunity that they were willing to tell me if there was anyone in our organization committing an act of corruption. But in that meeting, that was where they first offered to bribe me,” Caindec told reporters.

The offer, Caindec said, was for a P500 share per transaction to expedite the registration process and ensure that there were no further concerns regarding the applications.

Caindec said he then decided to send a notarized confidential briefing memorandum to the LTO head office to seek guidance on what to do next.

He said based on several “top line information” and affidavits secured, LTO 7 discovered that the dealership group has been misreporting the sales of their motorcycles.

The probe, Caindec said, began when LTO 7 received several complaints from people claiming they had not received copies of their new vehicle registration from the dealers.

Meanwhile, notices were also being posted in the dealerships and stores claiming the LTO 7 has been unable to process registrations for more than six months.

This was contrary to the truth, said Caindec.

The LTO 7 has always certified zero backlogs in the processing of new registrations with less than 1,100 pending registrations as of Sept. 21, he explained.

Caindec said some applications were being withheld by LTO 7 because the documents submitted to them by the dealerships were questionable.

“Most importantly, we discovered that they were using different sets of invoices. We found out after we secured the affidavits of some of the owners that the invoices being given to the owners of the motorcycle who are buyers appeared to be reflecting a charge sales. In the LTO record, they submit to us a different record that says cash,” he said.

In other instances, he said, they also discovered the same receipt numbers containing different information resulting to massive tax evasion.

Instead, what followed was a press release from a Public Relations group in Cagayan de Oro accusing him of being corrupt, said Caindec.

He said another supplemental briefing was sent by him to the LTO head office, Transportation Secretary Arthur Tugade, Senator Bong Go, Senator Richard Gordon, and Presidential Assistant for the Visayas Michael Dino to respond to the accusations against him.

Caindec recalled he then got a call from LTO Assistant Secretary Edgar Galvante telling him: “Ayusin mo yan kasi si Sec. Roque tumatawag (Fix that because Secretary Roque has been calling.)”

“I got that to mean that must be good news initially because the issue is now in the perspective of higher government officials. Apparently, in a series of other calls, there seems to be pressure on my side to no longer continue with the investigations,” Caindec said.

In a most recent development, the LTO central office also issued a memorandum allowing the registration of vehicles sold in a region to be registered in a different region.

Caindec claimed he also recently got a call from a senior government official saying Roque wants him fired for being “extremely corrupt.”

“So this is my question. We are the only LTO region investigating a dealership. I am the only director, well, at least in my opinion. I refused a bribe offer, which led to this extensive investigation. So if we’re the only ones investigating, does that mean we’re corrupt?” he asked.

“So, if there is pressure from anyone, it is pressure coming from Roque to drop the local probe,” he added.

Caindec questioned Roque’s motives saying the Presidential spokesman is a former associate of the lawyer of the car dealers under investigation.