Loss of network services due to fiber optic cut 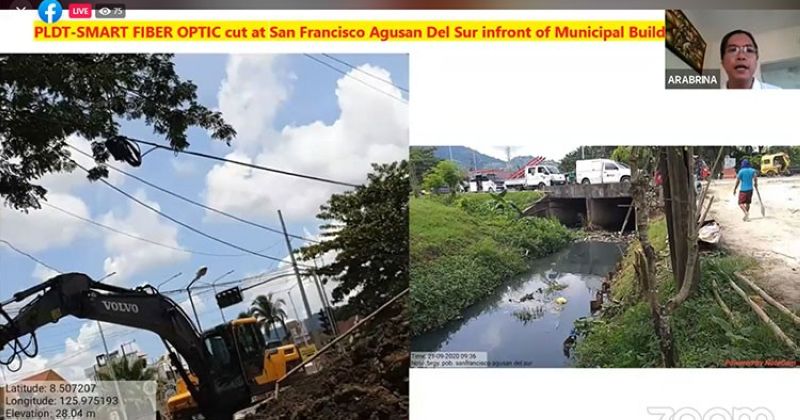 AN OFFICIAL from PLDT said the degradation or loss of call, text, and data service experienced in Davao City was due to a cut on the fiber optic transmission line caused by the construction work of other telecommunication providers and road-widening projects in some parts of Mindanao.

The PLDT official explained in a presentation to the city council that inland and submarine connectivity of the PLDT Fiber Optic was severely affected due to the cutting of the transmission line.

Abrina said the first fiber cut happened in Agusan, which resulted in slow internet but call and text services were still in operation.

However, when the fiber optic line cut happened in Bukidnon, it totally degraded PLDT and Smart's network.

"Yan po ang reason ng outages of PLDT and Smart. If that incidences na-avoid yan, walang putol (That is the reason why there was an outage of service of PLDT and Smart. That incident could have not happened if the lines in the mentioned areas were not cut)," Abrina said.

He said this is the first time that both networks had communication and internet-related problem in the city since the time of the Covid-19 pandemic.

In addition, Abrina also said they have enough bandwidth capacity for the "new normal" especially for students who are currently under the online distance learning.

The company executive said Monday's incident was beyond their control.

Abrina said their service was already normalized by Monday afternoon.

PLDT-Smart, along with other telco officials were invited on Tuesday's regular session after they were invited by the Council committee on communications headed by Baluran.

However, due to time constraints, the local body decided to invite them again next session.