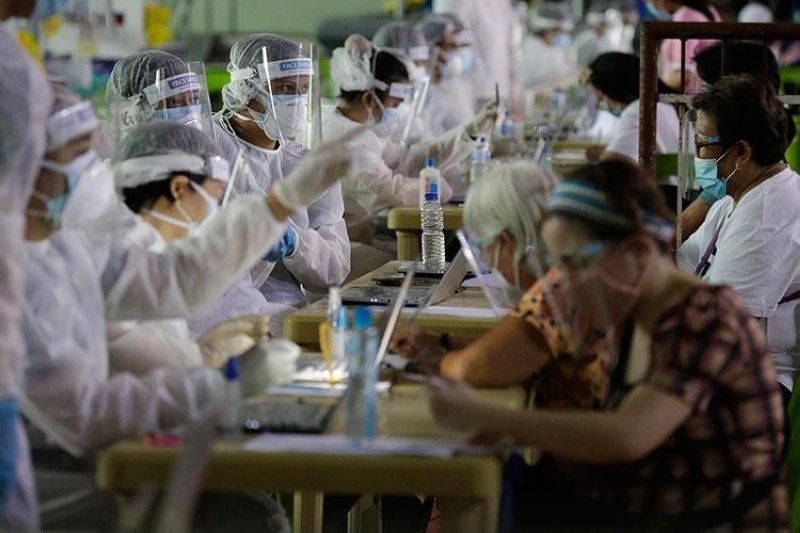 THE Lancet Covid-19 Commission has classified the Philippines among 37 countries with moderate transmission of the infectious coronavirus disease 2019 (Covid-19) and named President Rodrigo Duterte among three “medical populist” leaders in the world.

In a statement issued on September 14, 2020, the commission said only 19 out of 91 countries suppressed the pandemic while 11 were classified as having very high transmission based on the average new cases per million population per day in the month of August 2020.

The Philippines and 36 other countries are classified as having moderate transmission with 10 to 50 new cases per million per day in August.

The commission said the pandemic can be suppressed through non-pharmaceutical interventions (NPI) such as wearing of face masks, testing and contact tracing.

It called on political leaders to emphasize the importance of wearing face masks and other NPIs to reduce transmission of the disease and suppress the pandemic. These interventions should be followed by the introduction of safe and effective vaccines.

The commission said medical populism is one of the reasons for failure to control the Covid-19 pandemic.

Filipino physician and medical anthropologist Gideon Lasco, whose article was cited by the Lancet commission, described medical populism as “simplifying the pandemic by downplaying its impacts or touting easy solutions or treatments, spectacularizing their responses to crisis, forging divisions between the ‘people’ and dangerous ‘others’, and making medical knowledge claims to support the above”.

Because of medical populism, the commission said wearing of face masks has become politicized in some countries.

Duterte, however, has repeatedly emphasized the need to comply with health safety protocols such as wearing of face masks and physical distancing.

Duterte has also prohibited face-to-face classes until a vaccine against Covid-19 becomes available.

Based on The Lancet’s data, the Philippines averaged 37.5 new cases per million per day in August.

The Lancet said the Philippines had an effective reproduction rate, R, of 1.2. This refers to the average number of infections resulting from an infectious case.

“On a conceptual level, suppression of the epidemic requires keeping R below 1 on a sustained basis,” the commission said.

On September 7, however, Department of Health (DOH) Undersecretary Maria Rosario Vergeire said the number of people who get infected from one coronavirus-positive person has gone down to 0.977, which is already less than one.

“The core strategy of the world community should be to introduce a comprehensive set of NPIs in every country, provide urgent financial and humanitarian support during the pandemic, hasten the introduction of one or more effective vaccines on a globally equitable basis, and build back better, both in terms of pandemic preparedness and more generally in terms of sustainable development,” the commission said.

“Countries should prioritize prevention through NPIs and vaccines as soon as they are available, because the prevention of illness is always vastly less expensive and burdensome than treatment,” it added.

The commission also called on all governments to prioritize advice from the professional public health community as well as combat the rampant rumor-mongering and misinformation about Covid-19.

It further urged leaders to desist from expressing their personal viewpoints that counter those from the scientific and public health experts. Leaders were also warned against promoting unproven treatments that do not have supporting data and evidence.

The commission reminded that aside from the disease being potentially fatal, it is also increasingly understood to cause a number of chronic ailments and disabilities such as cardiovascular, neurological, pulmonary, and psychiatric illnesses.

The pandemic has further unleashed a secondary crisis by disrupting the supply and demand for health services that could result in more deaths from other illnesses like tuberculosis and acquired immune deficiency syndrome as well as non-communicable diseases.

On top of these, the commission noted that the pandemic has resulted in rising cases of anxiety and depression.

The economic fallout from the pandemic has been unprecedented, with 90 percent of the countries in recession.

Globally, more than 31.6 million people have been infected, according to the Johns Hopkins University Coronavirus Resource Center. A total of 970,857 had died from the disease.

The Lancet is a peer-reviewed medical journal with editorial offices in London, New York and Beijing. The Lancet Covid-19 Commission, which was launched on July 9, 2020, aims to assist governments, civil society, and United Nations (UN) institutions in responding effectively to the pandemic. (Marites Villamor-Ilano/SunStar Philippines)