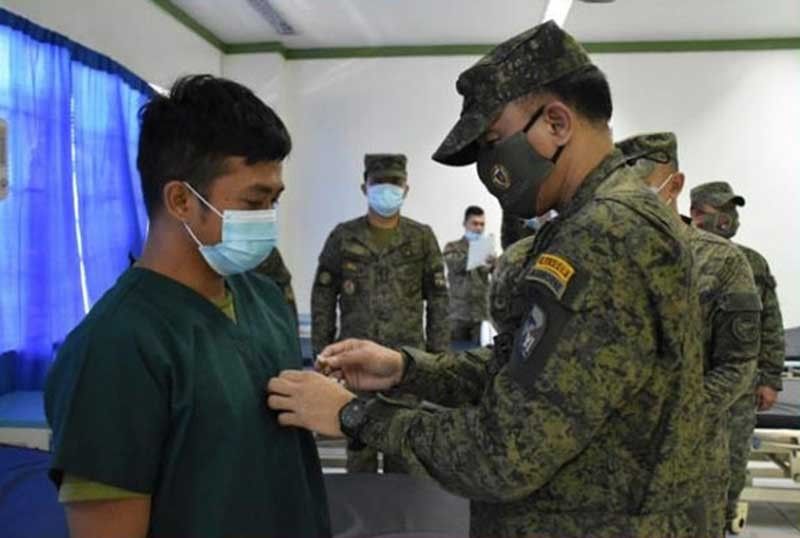 THE Joint Task Force (JTF) Sulu has honored two soldiers for gallantry in the fight against the Abu Sayyaf bandits in the province of Sulu.

Awarded with Wounded Personnel Medal (WPM) were Staff Sergeant Nelson Juaquin and Corporal Ferdinand Buenafe, both of the Army’s 45th Infantry Battalion, for their heroic acts during an encounter against the Abu Sayyaf bandits on Sunday, September 20, in Bungkaong village, Patikul, Sulu.

The clash ensued as the troops were verifying information from concerned residents that around 20 Abu Sayyaf bandits were seen in Buyngkaong village.

Gonzales said the heroism of the two soldiers continues to inspire their fellow soldiers in serving the people of Sulu.

“To all the units under JTF Sulu, let us maintain our peace and development initiatives in support of the Local Government Units of Sulu. We are winning the peace in this province. I am optimistic that in the shortest span of time, the Abu Sayyaf terror problem will end with the help of the community,” Gonzales said. (SunStar Zamboanga)