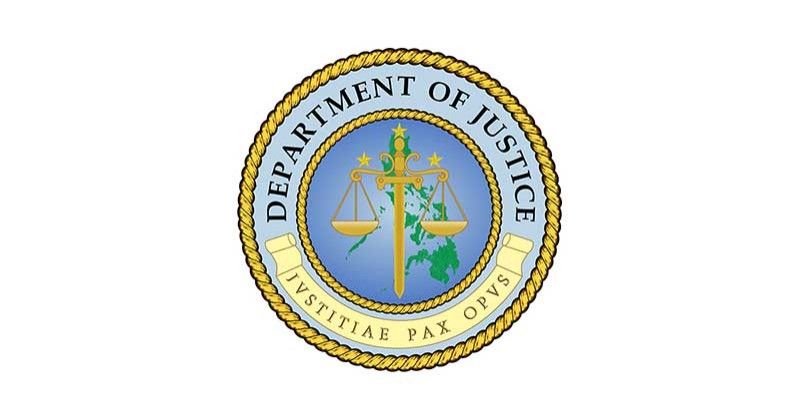 THE Department of Justice (DOJ)- Davao Regional Prosecution Office (Davao RPO) saw a slight decrease in the number of handled cases in the region during the Covid-19 pandemic period as compared to last year.

DOJ Regional Prosecutor Janet Grace Dalisay-Fabrero said on Wednesday, September 23, during the One Davao on Covid-19 virtual presser that based on their comparative data, the DOJ-Davao RPO was able to handle a total of 8,322 cases from January to June 2020.

She added there was also a slight decrease in the number of handled cases in the first three months this year with only 3,060 cases, as compared to 4,720 cases in the same period in 2019.

Dalisay-Fabrero said the impact of the decrease this year started in March, when the country was declared under state of public health emergency after it recorded its first Covid-19 local transmission.

It was during the period when Justice Secretary Menardo Guevarra ordered the suspension of the preliminary investigation since the country was under enhanced community quarantine (ECQ).

"We only handle cases that are arrested without warrant. Those also involve community quarantine violations. Yun yong (Those were our) primary concern at that time," Dalisay-Fabrero said.

"Mag-make kasi ng difference yung filing ng cases under regular procedure. Magkaiba kasi yung nadakip yung tao na walang warrant kasi, by law, need ng inquest proceeding within the period of time. Yun lang na-continue for the meantime. The rest of the PI (preliminary investigations), na-suspend during ECQ (It would make a difference if the case was filed under regular procedure. It would differ if the person was apprehended without warrant because by law, there should be an inquest proceeding within a period of time. It was continued for the meantime, while the rest of the PI were suspended during ECQ)," she said.

She added that other preliminary investigations were suspended until the ECQ was lifted in the region.

Most of the cases handled during the quarantine period, Dalisay-Fabrero said, are in relation to the Republic Act (RA) 11469 or the Bayanihan to Heal as One Act, which was enacted from March 25 until June 24 this year.

Among the cases were disobedience and direct assault to enforcing authorities, failure to disclose health conditions in consonance to RA 11332 or "Mandatory Reporting of Notifiable Diseases and Health Events of Public Health Concern Act," and other quarantine violations.

But because of the problem of congestion in prison cells where possible transmission of the virus among the apprehended individuals is seen, she said the RPC decided to have these cases filed under regular procedure.

"We agreed to have them filed under regular procedure with the assurance that it will be resolved immediately. Kahit suspended ang PI (Even if the PI was suspended), we gave priority to these cases para ma-address ng court agad yung mga nafilan ng kaso (for the court to immediately address for case filing)," Dalisay-Fabrero said.

Aside from that, she said they were still able to handle drug-related cases or the violation of RA 9165, known as the Comprehensive Dangerous Drugs Act of 2002.

"This is one of the surprises sa inquest. Malaki pa rin ang drug cases (We still recorded drug-related cases.) In the first few months of Covid-time bumaba, pero na continue eventually (but it still continued eventually)," she said.