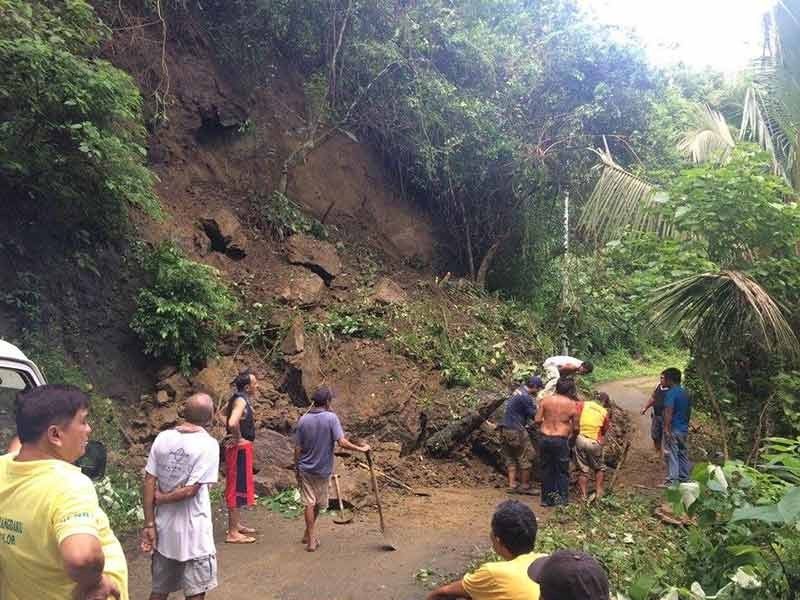 LANDSLIDE-PRONE. In 2016, a landslide occurred in Brgy. Sapangdaku, Cebu City. It is one of the 19 barangays in the city with high susceptibility to landslides, according to the 2018 data of the Cebu City Disaster Risk Reduction and Management Office. / SunStar File

THE incident of landslides that occurred on Sept. 15 and 16, 2020, prompted the Cebu City Disaster Risk Reduction and Management Office (CDRRMO) to conduct an inspection in some areas in the city.

CDRRMO officer-in-charge Ramil Ayuman said the City has been closely coordinating with the Mines and Geosciences Bureau (MGB) Central Visayas for the inspection to be conducted.

Ayuman said the data that the City has on landslide-prone areas is still from 2018.

He believes there may be more areas to be added to the list, but have not been verified yet.

He also said there is a need to update the data, which should be done every three years.

He said it is important for the City to have the updated data so appropriate interventions will be made.

With pending data from the MGB, Ayuman asked the village chiefs in the city to closely monitor their respective barangays, especially those in the mountain barangays.

The heavy rain on Sept. 15 and 16 had resulted in a landslide in five barangays in the city.

The affected barangays include Lahug, Kalunasan, Busay, Talamban and Guadalupe.

To prepare for any natural calamity, the CDRRMO is also set to formulate a comprehensive data where areas prone to landslide, flooding, including the fault lines, will be gathered.

Ayuman said through this, proper intervention will be made by the City in case a natural calamity occurs. (JJL)