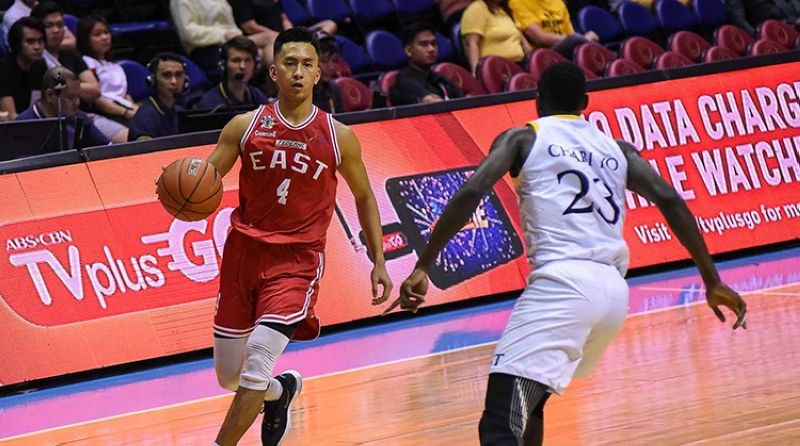 University of the Visayas product Rey Suerte says he is ready to compete in the second window of the 2021 Fiba Asia Cup qualifiers this November if and when called upon. (The UAAP)

Former Cebu Schools Athletic Foundation Inc. (Cesafi) Most Valuable Player Rey Anthony Suerte said he is ready to do battle for flag and country if and when he is called upon to play for the Gilas Pilipinas in the second window of the 2021 Fiba Asia Cup qualifiers this November.

Basketball’s world governing body FIBA recently announced that it will be adopting a “bubble” format for its qualifiers for November 2020 and February 2021. In this setting, a city will host anywhere between four to eight countries.

The schedule though, presents the Philippines with a huge problem as it coincides with the staging of the restart of the Philippine Basketball Association’s (PBA) Philippine Cup, which has been slated for next month and will last for two months. This means PBA players will not be able to beef up Gilas Pilipinas.

At the moment, there are only five players who are contractually obligated to be part of the Gilas squad. These are special Gilas Draft selections Isaac Go, Allyn Bulanadi, twins Matt and Mike Nieto and Suerte.

In a talk with SunStar Cebu, Suerte said that even though they haven’t been told anything yet, they are ready to fight for the country’s honor should they be called to play for Gilas.

“We're always ready. It been such an honor to represent this country, never nako gi expect that maapil ko sa pool for 2023 FIBA World Cup. Dream come true for me,” said the University of the Visayas product.

“Wala pay final decision ang SBP management about that and I'm not sure if kung mupadayon mig duwa this November na kuwang mi. But anyway, if kung madayon man galing, we're just gonna give our very best para maka compete with the other countries (The SBP management has not made a final decision about that but anyway, if ever we’re called upon, we’ll give our very best to compete with the other countries),” Suerte added.

Suerte shared that even though he misses the feel of an actual team practice, which he hasn’t had in a few months, he has kept himself in prime shape while staying with his family in his hometown of Monkayo in Davao de Oro.

“Even though there is a pandemic, I’ve been able to find ways to keep my conditioning level up so that I am ready any time. But of course, there are still different things that are lacking such as 5x5 basketball and an actual team practice. But when it comes to the conditioning of my body, there’s no problem with that,” said Suerte. (JNP)