No June Mar for San Miguel in upcoming PBA restart 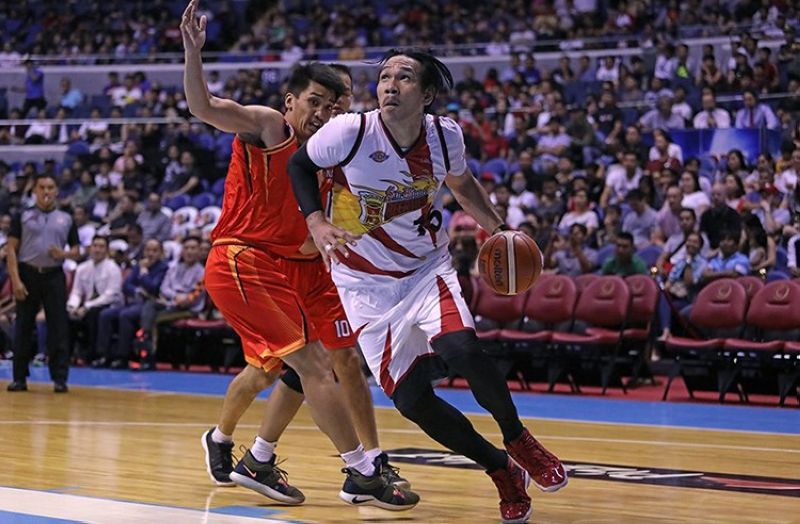 Even though it’s been seven months since Cebuano giant June Mar Fajardo suffered his leg injury, he still won’t be seeing action for San Miguel in the PBA restart. (PBA photo)

Six-time Philippine Basketball Association (PBA) Most Valuable Player winner June Mar Fajardo will not be seeing action in the upcoming restart of the Philippine Cup.

This was confirmed by San Miguel Beermen head coach Leo Austria, who said that even though it’s been more than half a year since the Pinamungahan-native went down with a leg injury, his rehab is still ongoing.

"Besides kung puwede naman talaga, hindi pa rin siya paglalaruin. (Even if he were able, we’d still not play him)," Austria said during his appearance on the program Sports Page.

The 6-foot-9 behemoth has not been able to attend San Miguel’s training sessions at the Acropolis either as he has been relegated to performing strengthening exercises at home.

As it is, Austria emphasized that the Beermen are ready to defend their Philippine Cup crown without their prized center. San Miguel will head to the “bubble” in Clark holding a 1-0 win-loss record after starting the season with a resounding 94-78 win over Magnolia back in March. That game was the lone match to be played this season before the league postponed all games because of the health crisis.

Austria said that he liked his team’s performance during that particular match.

“We were up against Magnolia and played a good game as if we didn't miss Fajardo.

The good thing is the players realized we will play without June Mar, so everybody's commitment is there,” said Austria. (JNP)