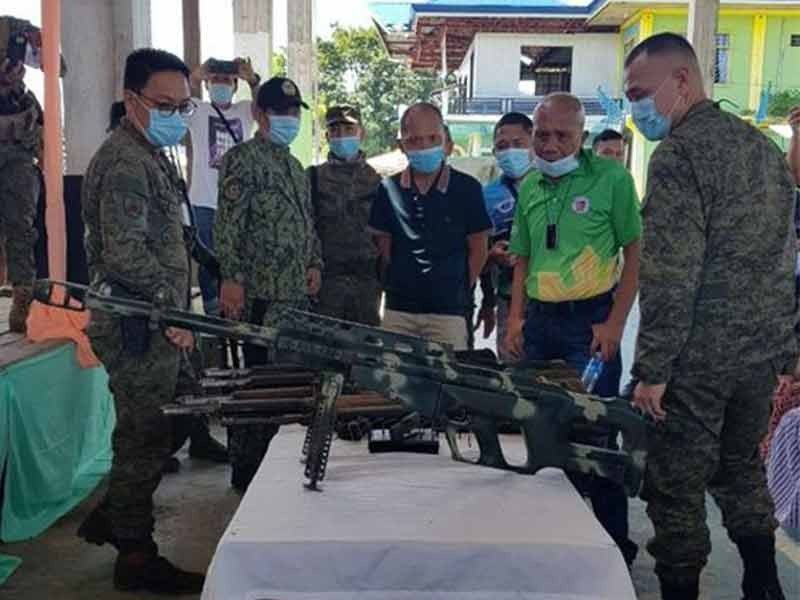 Alano said the turnover of firearms was made possible through the continuous collaboration of the unit and Marugong municipal government, who are both sustaining the national government’s effort against the proliferation of firearms and other peace initiatives.

Cuerpo commended the people of Marugong for their commitment to stopping the cycle of senseless violence in the province of Lanao del Sur.

“We will remain relentless in our campaign in bringing about peace and development to the province of Lanao del Sur,” Cuerpo said.

“Attaining peace is a collaborative effort and the security sector cannot resolve issues which lead to conflict alone. We need all the help we can muster from all sectors of society,” he added.

Marugong Vice Mayor Horoun Maruhom has vowed to support the national government’s effort against loose firearms and challenged his constituents to do away with the culture of violence in resolving conflict and accept a culture of tolerance and understanding.

Maruhom expressed his gratitude to the 103rd Infantry Brigade, more particularly to the Bravo Company of the 55th Infantry Battalion, for assisting them in addressing existing societal issues aside from securing the town. (SunStar Zamboanga)